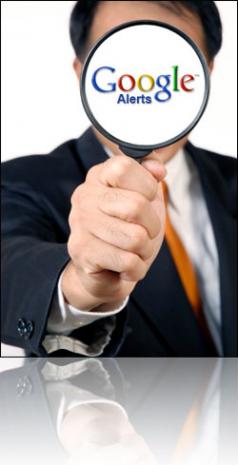 UPDATE – 6.18pm CST: There is some debate going on in the comments about the way Google Trends functions, with individuals questioning the evidence that our key terms were deliberately removed. As we made clear on the Alex Jones show today, the terms ‘Google spies’, and ‘Obama deception censored’, from the previous day, were “volcanic” – that means hundreds of thousands, if not millions,  were searching the terms, sending them to number one on the charts. While other terms remain in the top 20 all day, our terms were completely erased and memory holed within 30 minutes.

At time of writing, the term Alex asked users to search on today’s show ‘Google Launches Cover Up’ remains in the top 10 trends,  a full six hours after he made the announcement, indicating that Google has not repeated its previous actions of completely removing the term almost immediately.

What this Post report does not mention, in the U.S., government-private contractors and their operatives work so close with police exchanging information to arrest Americans and or share in the forfeiture of their assets, they appear to have merged with police. Similarly in 1933 after the German Parliament building was set afire, Hitler used the fire as vehicle to use taxpayer money to expand his private police, the Gestapo and increasing merged it with German national security. Even before the Gestapo was consolidated with the German Government, the Gestapo arrested Citizens and confiscated private property with no legal authority." However U.S. Government has already granted that power to private contractors. In 1939 all German Police agencies including the Gestapo were put under the control of the "Reich Main Security Office” the equivalent of U.S. Homeland Security.

Can History repeat itself? It is foreseeable that should there be a radical change in U.S. Government, many of the current government private contractors would continue working for e.g. a fascist U.S. Government; communist or other despot government against the interests of Americans. Consider the German police first work for a democracy; then under Hitler worked for the Nazi Fascists; then worked for the Soviet Union running the East German Police (Stasi) believed to be the world most oppressive police force until the German Wall came down.

Now consider the power Congress, perhaps negligently has given police and Black Box counter-surveillance entities; including private contractors to spy on U.S. Citizens. Under Bush II NSA illegally wiretapped your phone, fax and private email communications: Now NSA will monitor your Internet. In 2008 Telecoms were granted government immunity after they helped U.S. Government spy on millions of Americans’ electronic communications. Since, Government has not disclosed what happened to NSA’s millions of collected emails, faxes and phone call information that belong to U.S. Citizens? Could those wiretaps perhaps illegal, become a problem for some Americans? Neither Congress nor the courts—determined what NSA electronic surveillance could be used by police or introduced into court by the government to prosecute Citizens.

In 2004, former Attorney General John Ashcroft asked government prosecutors to review thousands of old intelligence files including wiretaps to retrieve information prosecutors could use in “ordinary” criminal prosecutions. That was shortly after a court case lowered a barrier that prior, blocked prosecutors from using illegal-wire tap evidence in Justice Dept. “Intelligence Files” to prosecute ordinary crimes. It would appear this information, may also be used by government to prosecute civil asset forfeitures.

Considering that court case, it appears NSA can share its electronic-domestic-spying with government contractors and private individuals that have security clearances to facilitate the arrest and forfeiture of Americans’ property—-to keep part of the bounty. Police too easily can take an innocent person’s hastily written email, fax, phone call or web post out of context to allege a crime or violation was committed to cause an arrest or asset forfeiture.

There are over 200 U.S. laws and violations mentioned in the Civil Asset Forfeiture Reform Act of 2000 and the Patriot Act that can subject property to civil asset forfeiture. Under federal civil forfeiture laws, a person or business need not be charged with a crime for government to forfeit their property. Again, in the U.S., private contractors and their operatives work so close with police exchanging information to arrest Americans and or share in the forfeiture of their assets, they appear to merge with police.

Rep. Henry Hyde’s bill HR 1658 passed, the “Civil Asset Forfeiture Reform Act of 2000” and effectively eliminated the “statue of limitations” for Government Civil Asset Forfeiture. The statute now runs five years from when police allege they “learned” that an asset became subject to forfeiture. With such a weak statute of limitations and the low standard of civil proof needed for government to forfeit property “A preponderance of Evidence”, it is problematic law enforcement and private government contractors will want access to NSA and other government wiretaps perhaps illegal and Citizens’ private information U.S. Government agencies glean monitoring the Internet, to arrest Americans and to seize their homes, inheritances and businesses under Title 18USC and other laws. Of obvious concern, what happens to fair justice in America if police and government contractors become dependent on “Asset Forfeiture” to pay their salaries and operating costs?

Under the USA Patriot Act, witnesses including government contractors can be kept hidden while being paid part of the assets they cause to be forfeited. The Patriot Act specifically mentions using Title 18USC asset forfeiture laws: those laws include a provision in Rep. Henry Hyde’s 2000 bill HR 1658—for “retroactive civil asset forfeiture” of “assets already subject to government forfeiture”, meaning "property already tainted by crime" provided “the property” was already part of or “later connected” to a criminal investigation in progress" when HR.1658 passed. That can apply to more than two hundred federal laws and violations Government can forfeit property—requiring only “A Preponderance of Civil Evidence” little more than hearsay.

Alarmingly the Obama Government recently employed a vendor to search Internet social networking sites to collect information about Americans that could potentially be used by this government to injure Americans, for example, if you apply for a federal job, your name might be crossed referenced by the Obama Government with comments you made at Websites against Obama; or if you make application at a bank for a loan the Government has control since the financial crisis, could your Internet comment(s) prevent you getting that loan? Obama’s monitoring of the Internet sites can too easily be used by Government to intimidate Citizens from speaking out.

The Future of Online Shopping (with CNBC's Courtney Reagan)

Underground Fiber Optics Cables Allow People and Cars To Be Tracked. Did You Know?

BOMBSHELL: They're Coming For The Internet!