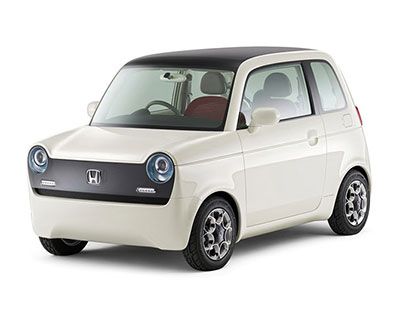 Honda, realizing this electric car thing isn’t a fad, says it will have a plug-in hybrid and a battery electric vehicle on the road in 2012. But that doesn’t mean it’s giving up on hydrogen.

CEO Takanobu Ito (pictured) laid out Honda’s timeline for advanced technology vehicles today, promising to have a demonstration fleet of cars with cords on the road in California by the end of this year and in showrooms by the end of 2012. He also said the nickel metal-hydride battery pack in the Honda Civic Hybrid will be replaced with a lithium-ion pack next year.

No one’s offering any specifics about the car, but Honda says the EV will be a small “commuter car,” which makes us hopeful we’ll see the retro-adorable EV-N concept in showrooms good for 60 kilometers on a liter of gas, which is 141 mpg by our math.

The announcement comes as much of the industry promises to have electric vehicles in showrooms by 2014 and California pushes automakers to embrace the technology.

Although the first-gen Honda Insight was the first hybrid available in the United States when it arrived in December, 1999, Honda has lagged behind Toyota in the market. These days the Prius outsells the Civic Hybrid six to one. Honda also has been lukewarm about battery electrics, opting to focus on hydrogen fuel-cell vehicles like the impressive FCX Clarity.

Mr. Koenigsegg thrashes the Jesko "megacar" and its remarkable gearbox

The TRUTH About Driverless Cars (It's NOT About Our Safety)