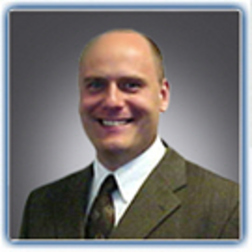 I am Stefan Molyneux, the host of Freedomain Radio. I have been a software entrepreneur and executive, co-founded a successful company and worked for many years as a Chief Technical Officer. I studied literature, history, economics and philosophy at York University, hold an undergraduate degree in History from McGill University, and earned a graduate degree from the University of Toronto, focusing on the history of philosophy. I received an ‘A’ for my Master’s Thesis analyzing the political implications of the philosophies of Immanuel Kant, G.W.F. Hegel, Thomas Hobbes and John Locke. I also spent two years studying writing and acting at the National Theatre School of Canada.

I have been fascinated by philosophy – particularly moral theories – since my mid-teens. I left my career as a software entrepreneur and executive to pursue philosophy full time through my work here at Freedomain Radio. I have written a number of novels as well as many free books on philosophy.

In my podcasts and videos, I try to avoid opinions, and instead talk about proof and rationality. If the theories I propose are reasonable, and are supported by evidence, well and good, we have both learned something. If not, listeners such as you are quick to point out errors, which I receive with gratitude. This approach is fundamentally different from most “talk shows.” I am a rigorous philosopher, and I will always bow to reason and evidence.

If You Can't Defuse Heated Situations, You Won't Make It.

Flu Vaccine Research Study - Payment up to $2,550 varies by study

Nigerians reject the country's CBDC in favor of decentralized cryptocurrencies