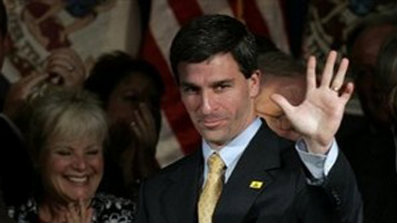 Virginia's top prosecutor, after issuing a legal opinion that seemed to align his state with Arizona in the battle over local immigration enforcement, told Fox News on Monday that the two states' policies aren't a perfect match.

"It is my opinion that Virginia law enforcement officers, including conservation officers may, like Arizona police officers, inquire into the immigration status of persons stopped or arrested," he wrote.

But in an interview with Fox News' Greta Van Susteren, Cuccinelli underscored that in Virginia pursuing immigration offenses is up to the officers -- not required, as it is under Arizona's controversial immigration law.

"We are not mandating to our law enforcement that they make these inquiries on every stop," Cuccinelli said, noting that Arizona's law requires officers to check the immigration status of anyone stopped for other reasons when there is reasonable suspicion that they are in the country illegally.

Seems the Virginia AG has a better grasp on reality, the law, and has a bigger set of balls than our AG/would be Gov. has.