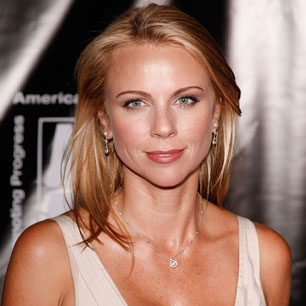 First, my thanks to Erik Davis (colleague, long time friend of this blog) for directing my attention to this brilliant piece by Matt Taibbi at Rolling Stone: Lara Logan, You Suck, from which I will quote extensively in the extracts that follow. This is a “notes and quotes” feature of this blog, apart from this commentary.

Second, we have encountered some of these issues before, on this blog, and about the writing on this blog. The intense scorn, dismissal, and ad hominem attacks by those who fancy themselves professional, serious and credible journalists, against our co-blogger and independent journalist, John Stanton–scorn coming from those who failed to ever expose the Human Terrain System for what it is, who failed to ever contradict Stanton with different facts, who served as embeds, and who have offered nothing beyond their credentials as a means of disputing Stanton.

Third, and very much related to the last: It hurts to get scooped off the face of the earth. This is especially true for members of a credentialed elite, upstaged by someone who does not observe the same rules of respect for power. The Logan-Hastings conflict should be a sobering reminder to those who replace journalism with boosterism, in the name (of all things) of “balance”–which in practice is code for prostituting oneself to power, much like “nuance” has degenerated into “don’t tell me anything negative, about our side.”

Fourth, we are back to the media as a form of militainment, of collaborating with the military’s preferred version of itself in order to gain access to it (as if it were a private resource). It turns out that Lara Logan is married to a private defense contractor. Now, where have seen the military-supportive professional married to a contractor before? Oh yeah, right here. Of course CBS is itself owned by a defense contractor, and the Pentagon has a PR wing with a staff larger than the whole State Department, and a budget in the billions. “Freedom of the press” has degenerated into freedom to buy the press, a free market for the truth: whoever has the most money, makes their version of the truth stick. As for the hordes of bloggers and twitterers–we likely would not be here if we actually felt we had a say, and saw the truth, in this neo-totalitarian hybrid of commercialized and militarized production of orthodoxy.