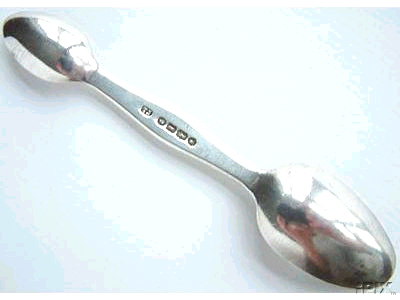 This is a chapter from the book Colloidal Silver: Medical Uses, Toxicology and Manufacture

Silver has been used as a medicine and preservative by many cultures throughout history. The Greeks, Romans, Egyptians, and others used silver vessels for water and other liquids to keep them fresh. Pioneers trekking across the Wild West generations ago faced many hardships. Keeping safe drinking water was one of them. Bacteria, algae, etc. found a fertile breeding ground in the wooden water casks that were carried on the wagons. They placed silver and copper coins in the casks to retard the growth of these spoilage organisms. They also put silver dollars in their milk to keep it fresh.

Silver water purification filters and tablets manufactured in Switzerland are used by many nations and international airlines. Silver is also used in the water purification systems of space craft. Preventing the growth of algae and bacteria in swimming pools is another problem that people face today. Electrical ionization units that impregnate the water with silver and copper ions are available today that sanitize the pool water without the harsh effects of chlorine.

Medical applications of silver were recognized by the ancient Egyptians, Greeks, Romans, and in the alchemical writings of Paracelsus. Following the discovery of bacteria as a cause of disease, several physicians discovered the antibacterial qualities of silver and applied them to their practice of medicine. They used silver nitrate successfully in the treatment of skin ulcers, compound fractures, and suppurating wounds.

In 1881, Carl Crede pioneered the installation of 2% silver nitrate in the eye of neonates to prevent gonorrheal ophthalmia, a technique which has been in widespread use ever since. Von Naegeli and others in 1893 realized that the antibacterial effects of silver were primarily due to the silver ion. He coined the term oligodynamic to mean that a small amount of silver is released from the metallic surface when placed in contact with liquids.

In the early 1900's silver foil dressings were used for wounds. These dressings were used extensively until just after World War II, and were listed in the Physician's Desk Reference until 1955.
In the early 1970's, Drs. Becker, Marino, and Spadaro, of the Veterans Administration Hospital in Syracuse, New York, pioneered the study of implanted silver wires and electrodes and silver-coated fabrics for the treatment of complex bone infections.
Dr. A. B. Flick developed broader clinical applications for silver nylon fabrics, first in partnership with Dr. Becker and later independently. Other university-centered research teams also investigated the wound healing properties of silver-plated fabrics applied with the application of an electrical potential. The result was the commercial introduction of silver dressings for wound healing and burns.

Silver sulfadiazine ointment is the number one treatment for burns in U.S. burn centers. Silver-coated catheters and silver heart valves are used because they stop the bacterial growth that was commonplace with the old ones. To protect us from food poisoning, silver particles are now being put in cutting boards, table tops, surface disinfectants, washing machines, and refrigerators. Silver is now being used in clothing, for the military, sportsman and businessman. It is woven and impregnated into the fabric to kill bacteria that cause body odor and clothing odors.

In contemporary times, colloidal silver as a medicinal substance for internal use is something of an orphan. It is popular among alternative medicine enthusiasts but is not approved by the FDA.

Silver was used as a medicine in the late 1800's and early 1900's. While several metal salts and compounds demonstrated strong germicidal properties, silver alone showed both strong germicidal properties and low or no toxicity to humans. The colloidal state proved to be the most effective form because it lacked the caustic properties of salts (such as silver nitrate) and demonstrated a high level of activity with very low concentrations.

Medicinal silver compounds were in widespread use in the late 1800's and early 1900's. By 1940, there were approximately four dozen different silver compounds on the market being used to treat every known infectious disease.


These different silver preparations were drastically different from each other. Some were true colloids of silver, others were silver salts or other compounds of silver. Many were silver proteinates. The actual silver content also varied widely, with some products containing as much as 30% silver by weight.

With the discovery of antibiotics, interest in silver, as an anti-microbial medicine, declined. There were, at that time, no antibiotic resistant strains of disease organisms and there was a lot of excitement over the new wonder drugs.

In Ayurvedic medicine silver is used in small amounts as a tonic or elixir or rejuvenative agent for patients debilitated by age or disease. Silver was also used in homeopathic medicine. The dilute concentrations were in the same range as the modern low concentrations of colloidal silver.

Recently, with the development of antibiotic resistance in many diseases and the increase in new strains of bacteria and viruses worldwide, there is renewed interest in silver. Large companies are developing and introducing new silver compounds for a variety of anti-microbial applications, including protection against the spread of the AIDS virus.

Today, colloidal silver is sold as a trace mineral supplement without medical claims or claims of specific benefits. Its need, or lack thereof, in human nutrition is not scientifically established. It remains popular as an "alternative" health care modality because of the large number of anecdotal reports of positive benefits.