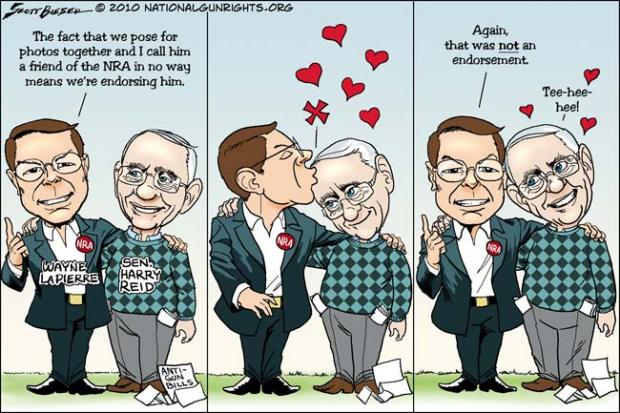 The headline says (R-NV).  Harry Reid is a Democrat.

I canceled my membership in the NRA four years ago when I figured out that they were just another front group for the New World Order. When they refused to even mention Ron Paul's name in the presidential election I knew my suspicions were correct. You know the story about the frog in the pan? Their job is to act like they support the 2nd Amendment while very gradually surrendering our rights little by little so we don't really notice (until we're cooked). Spend your dollars with Gun Owners of America or any other gun rights group other than the NRA. The NRA sucks!