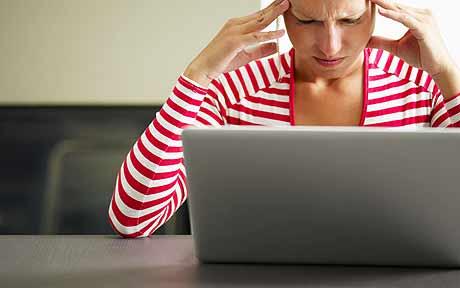 The next generation of home computers will be able to boot up in just a few seconds, as 25-year-old BIOS technology makes way for new start-up software known as UEFI.
BIOS technology, which has been used to boot up computers since 1979, was never designed to last as long as it has, and is one of the reasons modern computers take so long to get up and running.

By contrast, UEFI – which stands for Unified Extensible Firmware Interface – has been built to meet modern computing needs, and will soon be the pre-eminent technology in many new computers, enabling them to go from ‘off’ to ‘on’ in seconds.

“At the moment, it can be 25- to 30 seconds of boot time before you see the first bit of OS sign-on,” Mark Doran, head of the UEFI Forum, told the BBC. “With UEFI, we’re getting it down to a handful of seconds.

“It’s not quite instant-on, but it is already a lot better than conventional BIOS can manage.”

BIOS technology has barely changed since the early days of mass computing, and the system struggles to cope with modern computing evolutions, such as USB-connected keyboards or flash drives.

UEFI is a more adaptable system, that can cope with keyboards and peripherals being connected to different ports, and which could also be used to support the next-generation of touch-screens and natural gesture interfaces.

Experts expect UEFI to start gaining a significant foothold in the computing market from as early as next year.

Many consumer electronics companies are working hard to reduce the boot times of their machines, a factor that is particularly important with mobile devices and tablet computers. Google’s forthcoming Chrome OS has a rumoured boot time of just a few seconds.

I doubt startups will be much under 15 seconds.  Secondly, nobody who makes motherboards have gotten together to agree upon this or any standard so I am not optimistic about the 2011 time.   MSI -- a motherboard manufacturer -- introduced a limited number of EFI or UEFI products over a year ago (since discontinued) to little interest.  Now that we need something to get past the 2.1Tb limit on hard drives I suspect you will see several motherboard mfg. issuing one of the several options until the market demands one standard.  I think 2011-12 will be unpleasant from a PC consumer standpoint.

Semi Chip Prices Expected To Rise Through All Of 2021