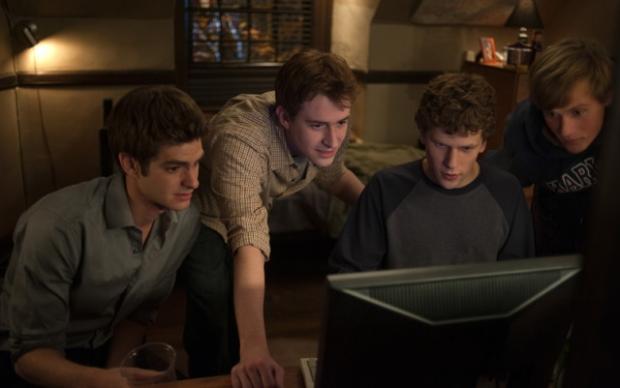 Recently, I’ve been working on a big research project. Yesterday, I had Delicious links, PDFs, spreadsheets and Word documents open on my desktop when I came across a couple of useful presentations on Scribd.

I’ll have them, I thought. So I clicked. What happened next surprised me: I was given the choice of logging in via Scribd or Facebook.

Facebook? Why should I sign into Mark Zuckerberg’s site to download a presentation written by someone else and made available from somewhere else? Although the invitation was optional, it still felt like a kind of category error. This was Facebook pushing its nose too far into someone else’s business.

Specifically, my business. I felt jostled, hustled and nudged. (It actually is much worse, as Wired.com’s Priya Ganapati discovered.)

Nudging is the name given by the authors Richard Thaler and Cass Sunstein to describe the art of influencing user behavior by presenting options in specific ways. When they nudge us, businesses and government erect what Thaler and Sunstein call an architecture of choice around us.

Last month, TechCrunch spotted a good example. This was Facebook’s decision to allow users to respond to a would-be friend by pressing a button entitled “Not Now”.

Previously, Facebook forced users to choose between Confirm and Ignore. The change, Techcrunch suggested, was all about creating a de facto “follow” feature that doesn’t depend on the followed party giving permission. This, TechCrunch suggested, was an attempt by Facebook to “slyly beef up its social graph a bit more”.

1 Comments in Response to Love Google. Hate Facebook. Here’s Why

Every time you're using Facebook you're enslaving yourself to the Beast, the Antichrist 666, not just you, your entire family, the horrible monster that will take away your last remaining privacy and make it impossible to buy or sell without their mark on your forehead, as in Rev. 3:16.   Don't be a zucker, delete your FB account now after telling your entire social network to do ditto, and be a survivor.