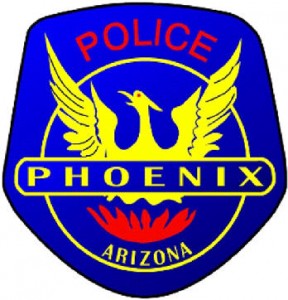 On Tuesday, October 5th, Phoenix police officers Richard Chrisman and Sergio Virgillo responded to a domestic disturbance call made by Elvira Fernandez. Ms. Fernandez was concerned that her son, Danny Frank Rodriguez, was throwing things against the wall and might hurt her. She left her home and went to a neighbor’s home to call the police, in hopes they would reason with him and deescalate the situation. She hoped they would teach him some “respect” and if that failed, at least get him to leave her home.

Ms. Fernandez would learn a very hard lesson about calling the police to resolve family disputes that day (if you don’t already know, DON’T DO IT! Chances are, it’ll only make things worse, and certainly more violent). Instead of teaching her son the lesson she hoped for, 15 minutes after police arrived, her son (and the family dog) would lay dead on the floor of her mobile home. In the aftermath of this tragic shooting, Officer Vergillo, would be instrumental in his partner Chrisman’s arrest for what transpired in the trailer that afternoon.

Less than an hour after the shooting, Officer Chrisman was arrested and charged with aggravated assault, though officials acknowledge the severity of the incident warrants more severe charges being filed. His partner’s allegations, outlined in an extensive police report, describe Chrisman as a loose cannon, like Mel Gibson’s Lethal Weapon character, immediately after initiating contact with the victim drawing his gun, holding it to Rodriguez’s head and shouting “I don’t need no warrant, motherfucker.”
Read Full Story

Something everyone, cops included, need to consider is, when will the day come, or is it here now, when you are pulled over for a traffic violation, you feel threatened or in fear for your life to the point you need to protect yourself? with these steroid infused raging monsters running around shooting unarmed citizens at the rate of a war zone, it will come. What happened to the release of information on the investigation of steroid abuse in the law enforcement profession? the day after the soldier (just returned from Iraq or Afghanistan) was shot, laying face down while the cop yelled at him to get down, then shot him in the back while the homeowner videotaped the whole thing,prompting the release of the data saying 70% of all law enforcement in the valley tested positive for steroid use. Their stories that you read in the newspaper don't even make fluid sense. If you happen to see it on the TV news, the live shots at the scene don't correlate with what they are saying. If anybody does not see this as a problem, open your eyes....look on the internet, or just pay attention. The soldier just back from Afghanistan, late july, I think, the live newsfeed showed his motorcycle on it's kickstand, with a cruiser 5 feet behind it, no damage to the car, and he supposedly emptied his pistol at her(the officer) missing her, she fired once and killed him. a man who volunteered to serve his country, in firefights with real people shooting back at him everyday for a year, can't hit a car 10 feet away, and her, maybe, maybe qualifying at the "shooting range" at paper targets maybe once a year, fires once....really...plus the fact she had an underage civilian ride along with her.....? The guy a few months ago, pulling onto his street, which was lined with cops, on the cellphone with his brother, feared they would kill him, being of mexican descent, tried to back out, hit a cruiser, and, well, they killed him. The homeowner holding an intruder at bay with a legally obtained and registered handgun, cops told by 911 operator and homeowners wife in the front yard, waltz in and shoot the homeowner six times, his cellphone still connected to the 911 operator recording everything. the cops say they will cover it up, drag the guy out and throw him on the hood of the cruiser, neighbors have to call an ambulance to get him help, and the judge at their "hearing" says "no wrongdoing". on the recording...copshooting: "I just f*&ked up" othercop: "what..you shoot the homeowner?" copshooting: (chuckle)"Ya" othercop: :don't worry, I got your back...we clear?" as close to verbatim as I recollect. Noise complaint at a hotel I-17 and deer valley rd. kids celebrating graduation....cop pulls up in the back and shoots 2 rounds through a closed obscured glass bathroom window, lodging a bullet in one boys neck, another losing an eye from flying glass. no wrongdoing 2 weeks paid vacation. 17 year old "Eric" on I-17, north of happy valley rd. momentarily thought about running from the cop pulling him over, just long enough to piss off the cop who had just had two hand reaction training, pulls his gun, points it at the boys head, and grabs him with the other hand to yank him to the ground....both hands squeeze...and...his own voice on the radio call to dispatch was "I just murdered somebody" no wrongdoing with a 2 week paid vacation....as always. on and on and on....15 year old boy in Apache Junction, apparently on drugs, parents call 911, first officer on the scene, boy is in the carport 60 feet away holding a butterknife, shoots him dead, no waiting for backup if he was, or is...a chickens%*t, gee....close your door if you are scared.....62 year old man in the northwest valley, domestic violence call, cops in the street, man comes out of house and stands in front of his door with a baseball bat, down at his side, as they tell him to drop it, they all freak out, 2 open fire on him, another fires a taser gun.....no wrongdoing. if one feels a taser is proper, then didn't the other two overreact? to at least a disciplinary level? the man later died at the hospital from a reported "heart attack".....really.. not the ten bullets in him.....really..the protocol for cops is now..."shoot to kill, ask questions later"...that is "shoot to kill" the very same public you took a sworn oath to "protect and serve".

WHY THERE IS A WORSENING POLICE STATE

One main reason why there is this worsening police state and such military viciousness is because personal tension among people is increasing. It is practically impossible to be alive and sane, if excessive tension builds up in your head. Our ancestors, since antiquity, sang and danced to remove this tension to help remove grimness.

People who are not tense and grim will not join the military and fight.

So in order for the establishment to keep up voluntary military enlistment, things such as literary freedom, vegetarianism, a vibrant economy with plenty of jobs available, sexual freedom, R an R, plants/herbs that produce relaxing aphrodisiac effects, must be eliminated. Now, does Michael Jackson--John Lennon`s and many other Rock star`s assassinations make more sense to you?

Incidentally, Jackson died on June 25 -2009 but it wont be until 2011 that the murder trial will take place. Why so long? To DECREASE the threat of open rebellion directed at these governmental traitors and their NON-EXISTENT justice system of their "occupied territory" disguised as the USA.

The real traitorous downfall of America started with the JFK assassination. Hear the song below which indicates that Lee H. Oswald was just the patsy, NOT JFK`s assassin.

Homer Henderson "Lee Harvey was a friend of mine" (lip sync with video of a young Oswald? ~ "they say he shot the president but I don`t think he did" ~ neither do millions of others Homer) http://www.youtube.com/watch?v=ma9DwoOnGT8

you should see the news report the officer frank moreno

was laughing this will be white washed