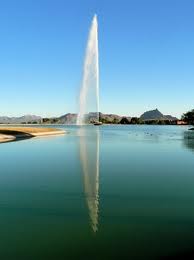 Following a three-hour discussion at the Oct. 21 Town Council meeting, there appears to be a split on whether the town should pursue a single trash hauler.

A final vote could come Nov. 4.

Three members indicated a firm opposition to the plan. Council Members Dennis Contino, Tait Elkie and Cassie Hansen were opposed and gave no indication they might change their minds in the next couple of weeks.

While Mayor Jay Schlum, Vice Mayor Dennis Brown and Council Members Ginny Dickey and Henry Leger gave no indication of their support or opposition, they did make suggestions on how staff might change the proposal and an amendment to the Town Code to make the plan better.

Town Manager Rick Davis outlined his recommendation to the council.

“We went to great lengths in this process to be transparent and accessible,” Davis said. “We recommend you implement this program.”

Davis said the program could have a positive fiscal impact on the town that totals as much as a million dollars a year.

He also cited quality of life issues including a reduction in noise and air pollution and pedestrian and motorist safety.

One of the key pieces of the puzzle that got the discussion of a single hauler for trash started years ago was the reduction in wear and tear on the streets.

Davis said the town could save as much as $92,000 per year in street maintenance costs by reducing the number of trucks on the streets.