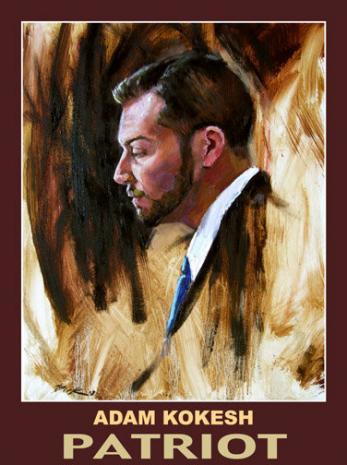 Adam Kokesh was a Corporal in the United States Marine Corps Reserve and is a veteran of the Iraq War. He is currently an anti-U.S. occupation of Iraq activist. Adam majored in Psychology and Government at CMC.

On September 2, 2008, Kokesh spoke at Rep. Ron Paul’s Rally for the Republic in St. Paul, MN, where he stated: “While it is our responsibility now to resist tyranny civily, while we still can, there may come a time when we will say to the powers that be, be it with your blood or ours we have come to water the tree of liberty … who will stand with me?”

In April 2009, Adam Kokesh supporters created a draft website to encourage Kokesh to run for United States Congress representing New Mexico’s 3rd congressional district. Soon after, Kokesh launched an exploratory committee, and on July 4, 2009, he officially announced his candidacy at a supporter rally. On the same day, supporters formed a moneybomb that raised more than $25,000 in a 24 hour period. On July 21 2009, Kokesh announced that he would be running under the Republican party ticket.
Adam Kokesh Facebook