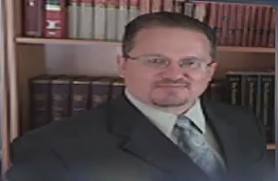 Stewart Rhodes is the founder and National President of Oath Keepers (www.oathkeepers.org), a fast-growing non-partisan association of currently serving military, Peace Officers, Fire-Fighters and veterans – all who swore an oath to defend the Constitution against all enemies, foreign and domestic.

Stewart served as a U.S. Army paratrooper until disabled in a rough terrain parachuting accident during a night jump.  He is a former firearms instructor and former member of Rep. Ron Paul’s DC staff.  Stewart graduated from Yale Law School in 2004, where his paper “Solving the Puzzle of Enemy Combatant Status” won Yale’s Miller prize for best paper on the Bill of Rights. He assisted teaching U.S. military history at Yale, was a Yale Research Scholar, and is writing a book on the dangers of applying the laws of war to the American people.

Would-be tyrants prefer blind obedience. The Founders understood this, which is exactly why they made the oath to the Constitution, not to any man or office, and why they put the oath requirement right in the Constitution itself.  The oath is like kryptonite to tyrants, as the Founders intended.. Tyranny cannot come to America if our military and police refuse unconstitutional orders.   The mission of Oath Keepers is to remind them that their oath is to the Constitution, not to any politician or party, to teach them about the Constitution they swore to defend, and to steel their resolve to keep that oath.  If enough of them are reached, it is game over for any attempt to destroy this Republic.