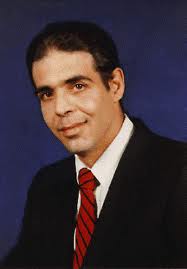 Justin Raimondo is a policy analyst at the Center for Libertarian Studies in Burlingame, California, and an adjunct scholar with the Ludwig von Mises Institute in Auburn, Alabama. Raimondo is the author of Reclaiming the American Right: The Lost Legacy of the Conservative Movement and Colin Powell and the Power Elite, as well as numerous pamphlets, such as In the Flames of Waco.

He contributes regularly to well-known conservative periodicals; his articles have appeared in the Washington Times, the Los Angeles Times, the San Francisco Examiner, Reason, magazine, Chronicles magazine, the Free Market, and the Rothbard-Rockwell Report, among many others.

Raimondo has lived in San Francisco for 25 years, originally hailing from upstate New York. During the 1970s and ’80s, he was active in the Libertarian Party and ran for public office under that party label. In 1985 he joined the Republican Party, and has been active ever since.