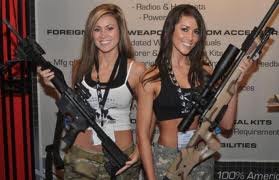 Sen. Jack Harper, a Republican from Surprise, said he plans to introduce legislation next year that would create a government-sanctioned militia that would be allowed to patrol the border to observe illegal activity and report it to enforcement authorities.

Powell, while Barton could certainly be more artful, let's not lose sight of the fact that Jack Harper has admitted to being an idiot and/or stupid right here on Freedom's Phoenix (re showing id to LEOs)!

This has all the hallmarks of a JT Ready idea passed through his lackey Pearce to Pearce's lap-dog Harper.

Mr. Barton, I thought you had many interesting things to say.   And I disagree with Sen. Harper's proposal.  But it was immature to repeatedly use the words IDIOT and STUPID capitalized no less to make your argument.  You were kicking butt without the derogatory language.

Sorry to rain on your parade Barton but your rant doesn't seem based on Arizona law. Our state constitution considers all willing and able persons (with certain age limitations) to be part of the citizen's militia by default UNLESS you opt out. Far from archaic, the opt-out clause was inserted in the late 1980s I think and it was to prevent conscription, in other words to preserve the very thing you deny: our status as citizens. This was done to prevent this force, this militia from ever being nationalized. If activated we're at the service of our governor, and can be deactivated or demobilized by her order, we cannot be ordered by anybody else of any rank or station. And you can walk away if you don't feel like playing anymore. Totally voluntary. So the legal framework is already there. This new legislation is probably more about securing funding than anything else.

Also, we have other civilian volunteer forces. Every sheriff I know about in Arizona has a posse. For real. Most of them have "Jeep posses" that do search & rescue stuff and fire suppression and help at the fair with security and stuff. Those guys run around in the desert armed to the teeth. Mostly because it looks cool. Sheriff Joe has a posse almost as big as his ego, it's tremendous. Nobody's shot their foot off yet. But that's been continuous from the old days. It's just sort of a tradition of being involved.

Furthermore, since we adopted "constitutional carry" which means we can bear our firearms open or concealed in most places, what's happened is a BIG FAT NOTHING. Be as chagrined as you want but life goes on here just like it did before.

Keep swinging if you want sport but so far yer batting 0.

Where to begin? With this many stupid people out wandering around, I’m afraid to even drive through Arizona, much less get out of my car there. Harper may have thought about this a lot, but a scholar - especially a MILITARY scholar, he ain’t. First, militia ARE military when they are called up by ANYONE: local sheriff, state, or federal. They aren’t “civilians” any more. Second, there is no such thing as a “state-sponsored [or “government-sanctioned”] militia” - the state would be activating a PART of the militia under state control. Harper is an idiot, who can’t write a law: he probably can’t READ one, either, and I wonder if he could write directions on how to go home. Now, on to the next idiot, this “constitutional scholar” at ASU, Bender, who says: “a civilian militia would not be allowed to stop illegal immigrants from crossing the border because that authority is reserved for the federal government. Any direct action by the state or a militia to stop illegal immigrants from crossing the border may violate the U.S. Constitution.” Let me say it again: Bender is an IDIOT. The Constitution gives Congress authority to do exactly TWO things related to immigration IF THAT. Article 1 Section 8 gives Congress power: “To establish an uniform Rule of Naturalization,” and Section 9 of the same article gives Congress one other power: “The Migration or Importation of such Persons as any of the States now existing shall think proper to admit, shall not be prohibited by the Congress prior to the Year one thousand eight hundred and eight, but a tax or duty may be imposed on such Importation, not exceeding ten dollars for each Person.” This did NOT prohibit many states from prohibiting the migration or importation of slaves before that time - or AFTER. It would presumably apply to ANY other persons, as indeed states like California determined that people from certain oriental countries could not migrate to the state, and many states prohibited migration by AmerInds. Now, some people claim that another part of Section 8 gives Congress power over immigration: “To regulate Commerce with foreign Nations, and among the several States, and with the Indian Tribes;” This clause, the Commerce Clause, is perhaps THE most abused clause of the Constitution, and is used to justify almost anything. But logically, it does not work: if immigration (actually, migration - emigration AND immigration) is “commerce” then Congress would be able to enact and enforce laws regulating the movement of people across STATE lines as well. And so far, at least (giving no one ANY ideas), they haven’t and can’t do that. The closest they have come was the idea of federal law making it a crime to drag women and minors across state lines for “immoral purposes” - but since the courts have determined that there ARE no immoral purposes any more, that law is gutted. AND IT DOES NOT PROHIBIT STATES FROM ENACTING AND ENFORCING THEIR OWN LAWS. For decades, northern states, smug in their hypocrisy, prohibited slaves from being imported into NY, MA, PA, etc. even when it was still illegal for the FedGov to prohibit importation. States can STILL ban importation of certain fruit from other states, based on health and agricultural issues. However stupid Arizona’s idea may be, it just is NOT “unconstitutional.” And both Harper and Bender are IDIOTS. There are a few more idiots quoted, but let me move to the end of the article, written by the IDIOTS who call themselves the staff (newsroom and editorial, no doubt) of the Arizona Capitol Journal. Two things, and I’m going to drop it: First, the Border Patrol is NOT a part of the “Department of Defense.” It probably SHOULD BE - because there is no authority for anyone OTHER than military troops to be used to defend the country, but it isn’t. No, it is part of that bureaucratic rathole for money called DHS. Second, Border Patrol have “CIVILIANS” and not “troops.” There may be 17,500 “sworn Border Patrol civilian officers” along the SW Border, but everyone tells us that COPS are NOT soldiers. If Border Patrol “sworn officers” are soldiers, then so is EVERY federal “sworn officer” whether they work for the Federal Protective Service or the FBI or the Secret Service or the EPA or the Park Service; and so likely is every state and local police officer, right down to that parking-meter maid and the local dog-catcher. But the “fine newspapermen” (and women) at the ACJ are too STUPID to know any different: they are IDIOTS. Of course, if they weren’t so stupid, they would point out that Harper and Bender and the rest ARE stupid.

BREAKING EXCLUSIVE: The Same Clandestine Companies Involved in the Certification...