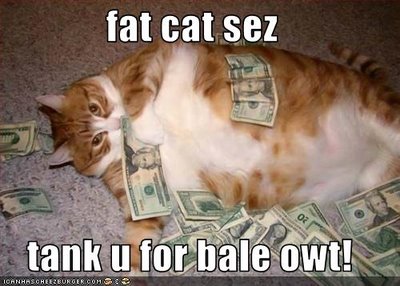 After the Supreme Court refused to hear an appeal of lower-court rulings, the Federal Reserve must release information within five days about its “emergency” bailouts of large banks and financial institutions undertaken in 2008 under the guise of saving the financial system.

The central bank attracted intense scrutiny during the economic crisis when it lent trillions of dollars to various institutions, including foreign banks, in an unprecedented transfer of wealth. And as concern intensified, several media organizations including Fox and Bloomberg sought disclosure of the bailout records using Freedom of Information Act requests.

But the Federal Reserve and a coalition of some of the biggest banks in the world fought back against disclosure for years. So after refusing to release the records, Bloomberg took the Fed to court.

The central bank argued, among other points, that the New York Fed is a private corporation with private shareholders, not a government agency subject to FOIA rules. The defendants also claimed that releasing the information would hurt the reputations of bailed-out institutions.

The Fed lost its initial case in court. It appealed and lost yet again. Finally, the central bank received a stay on the order until the case could be taken to the Supreme Court. But on March 21, the high court denied the appeal without comment, meaning the federal appeals court decision stands.

“The Federal Reserve forgot that it is the central bank for the people of the United States and not a private academy where decisions of great importance may be withheld from public scrutiny,” said Bloomberg News editor-in-chief Matthew Winkler in a statement. Meanwhile, the coalition of big banks seeking to prevent disclosure said it was “disappointed.”

Among the facts which must now be disclosed are names of bailed out institutions that took money from the Fed‘s discount window, details of the loans and more. But the prospect of having to release the information to the public has apologists of the central bank crying foul.

“The presumption is that the borrowers were to be kept private,” complained former St. Louis Fed boss William Poole. “Other loans are another matter but banks that borrow at the discount window are often presumed to be in financial trouble. That might create a run on those banks and will make banks in the future reluctant to borrow.”

The central bank has, however, reluctantly agreed to disclose the details. “The board will fully comply with the court’s decisions and is preparing to make the information available,” said a Fed spokesman cited in various news reports.

But while central bankers and their allies fumed, many analysts, Fed critics and lawmakers applauded the Supreme Court’s decision. “People wanted to know more about what the Fed was doing… It’s been a significant change and the American people won’t ever be complacent about this,” said Rep. Ron Paul (R-Texas), the chairman of the House sub-committee that deals with the Fed and monetary policy. “The Bloomberg lawsuit had a lot to do with the cultural change … Bloomberg has credibility that politicians don’t have.”

Rep. Paul, a Republican who hopes to eventually abolish the central bank and its fiat-currency system, led the charge last year to pass legislation mandating a full audit of the Fed. Most of the House of Representatives co-sponsored the measure, too.

Eventually, a significantly diluted version of the audit became law and forced the central bank to disclose some information related to more than $10 trillion the Fed provided to financial institutions. But that legislation did not cover the information set to be disclosed under the lawsuit, though discount-window details will be available in the future under the legislation after a two-year lag.