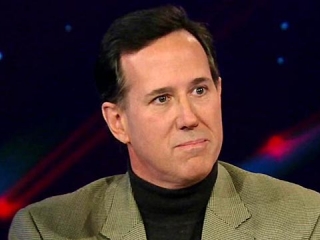 "The Social Security system, in my opinion, is a flawed design, period," Santorum, a former Pennsylvania senator, told the New Hampshire station WEZS Radio. "But having said that, the design would work a lot better if we had stable demographic trends."

The problem, Santorum explained, is that "we don't have enough workers to support the retirees," because "a third of all the young people in America are not in America today because of abortion."

According to the Guttmacher Institute, 22 percent of all pregnancies in the U.S. end in abortion.

"We have seven children, so we're doing our part to fund the Social Security system," Santourm said.

In the long-run, of course, the boon to Social Security from more young people at any given time will be offset by the benefits they collect upon retirement, so the logic that that abortion is a drag on the program is contentious at best.

Yet the notion isn't new -- it's been around for many years, floated mostly by dogged social conservatives gifted at developing theories to blame abortion for just about every one of the nation's woes.

The Siren Song of Social Security and Socialism

Social Security, Freedom, and the Constitution

2 Billion Retirees In the Next Few Years