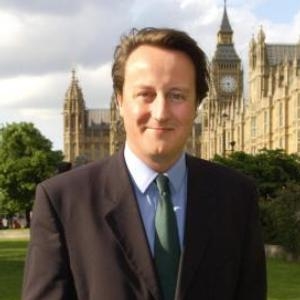 Pakistan's problem is that we did not make it British enough ... Having told the Indians last year that Pakistan was basically a nest of terrorists, David Cameron (left) has now told an audience of academics in Pakistan that the real problem is Britain! Not just Kashmir, he said, but pretty much all the world's problems are our fault. He really does like to please an audience. For once I agree with Tristram Hunt, the Labour MP and historian, who said: "To say that Britain is a cause of many of the world's ills is naïve. To look back 50-odd years for the problems facing many post-colonial nations adds little to the understanding of the problems they face. – UK Telegraph/Ed West

Free-Market Analysis: The UK Telegraph is often a good read. But occasionally you run into stories such as this one by Ed West who is a young columnist for the paper. Just to make sure this column was not an aberration, we checked his archive. Sure enough it was littered with columns like "How will Anglo-American relations fare when America is no longer majority white?" and "Regime change in Syria could mean the extinction of Jesus Christ's language." These are not our concerns, but they are West's and to a lesser extent, the Telegraph's. It is still, in a sense, a Royalist newspaper with a specific voice and agenda, though a muted one in this modern age.

Anyway, we wanted to take the opportunity to comment on this editorial because to us it represents almost everything that is wrong with a certain robust strand of Western thought that one could call, politely, "neocon." British neocon thought, actually, is not much different than the American version. It is based on a robust nationalism, a tendency to want to impose one's culture and will on others (especially in the so-called developing world) and a willingness to use violence to do so.

Western neocon-ism is robustly, militantly masculine, in the ways that only columns can be that are written by reporters who can't shoot and don't know how to fight. Most American neocons have never been closer to a gun-battle than a TV set, but that doesn't stop them from celebrating the reality of violence or its potential. This sort of faux-militarism is also marked by "tough talk." We have an example of such rhetoric in the opening stanza of the article, when West asserts that, "David Cameron has a tendency to go to countries around the world and tell them what they want to hear, whether it is in Israel, Turkey, India and Pakistan."