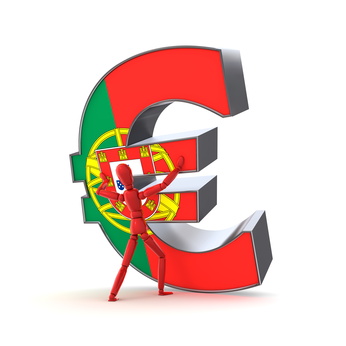 Jose Socrates, the caretaker Portuguese prime minister, has announced that his debt-laden country has sent a request for financial aid to the European Commission.

Speaking in a televised address to the nation on Wednesday, Socrates termed the move "inevitable".

"I tried everying, but in conscience we have reached a moment when not taking this decision would imply risks that the country should not take," he said.

Earlier on Wednesday, Fernando Teixeira dos Santos, the finance minister, said that Portugal would need to resort to European Union mechanisms in order to avoid defaulting on its debt.

Olli Rehn, the European Commissioner for Economic and Monetary Affairs, termed the decision by the Portuguese government to seek the bailout "a responsible move", adding that the amount of aid is to be determined shortly.

Eurozone officials say Lisbon will likely request between $86bn (60bn euros) and $114.7bn (80bn euros) in EU and International Monetary Fund loans over three years, but that any assistance will be subject to strict conditions.

Manuel Barroso, the EU commission president, said in a statement that Portugal's request for aid would be "processed in the swiftest possible manner, according to the rules applicable".

The International Monetary Fund said late on Wednesday that it stood ready to offer Portugal assistance if need be, but that no request had been made yet.

Teixeira dos Santos, the Portuguese finance minister, said the country had been "pushed in an irresponsible manner" into asking for foreign funds.

"I believe it is necessary to have recourse to the financing mechanisms which are available within the European context," he said in written replies to questions submitted by the business daily Jornal de Negocios.

"The country has been pushed, in an irresponsible manner, into a difficult situation on the financial markets," the minister said.

He appeared to be referring to the fall of the Portuguese government last month on the back of parliamentary rejection of an austerity package.

"Faced with this difficult situation, which could have been avoided, I believe it is necessary to have recourse to the financing mechanisms available with Europe, adapted to the current political situation," he said.