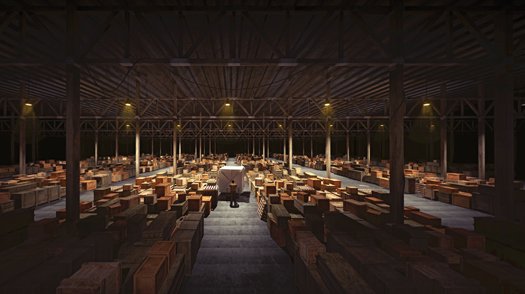 It all began so hopefully. Al Gore proposed the satellite in 1998, at the National Innovation Summit at the Massachusetts Institute of Technology. Gazing skyward from the podium, the vice president described a spacecraft that would travel a full million miles from Earth to a gravity-neutral spot known as the L1 Lagrangian point, where it would remain fixed in place, facing the sunlit half of our planet. It would stream back to NASA video of our spherical home, and the footage would be broadcast continuously over the Web.

Not only would the satellite provide “a clearer view of our world,” Gore promised, but it would also offer “tremendous scientific value” by carrying into space two instruments built to study climate change: EPIC, a polychromatic imaging camera made to measure cloud reflectivity and atmospheric levels of aerosols, ozone and water vapor; and NISTAR, a radiometer. NISTAR was especially important: Out in deep space, it would do something that scientists are still unable to do today directly and continuously monitor the Earth’s albedo, or the amount of solar energy that our planet reflects into space versus the amount it absorbs.

We know some things about the Earth’s albedo. We know that solar radiation is both absorbed and reflected everywhere on Earth, by granite mountaintops in New Hampshire and desert dunes in Saudi Arabia. We know that cloud cover also reflects some of it. We also know that increased concentrations of carbon dioxide and other heat-trapping gases are currently causing the planet to retain more solar energy than it once did. But there is much we don’t know, because we don’t have a way to directly and constantly monitor albedo on a global scale—that is, to directly observe a key indicator of global warming.

To understand changes in the Earth’s climate, scientists rely on multiple and frequent readings of precipitation, temperature, aerosol and ozone levels, and a variety of other measurements, many of which are taken by Earth-monitoring satellites run by agencies such as NASA, the National Oceanic and Atmospheric Administration (NOAA) and the European Space Agency. But these spacecraft are all relatively close—at least 50 times as close as the L1 point—so their utility is limited. No space agency has ever launched a satellite capable ofseeing the whole Earth as a single, solar-energy-processing orb.

2 Comments in Response to Who Killed The Deep Space Climate Observatory?

Many folks who read this article might think that the reasons for "hiding" this satellite have to do with facts that it would completely disprove global warming. While that may be part of the reason, the real reason probably is that it would show how much H.A.A.R.P. is used to control the weather... and who knows what else.

Aren't there at least 20 H.A.A.R.P-like arrays around the world today?

One can only assume that they stopped this project because they became aware that it was not going to produce the results they wanted.