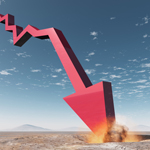 Markets shun debt of rescued nations … Europe's bailed-out economies saw their borrowing costs hit fresh records on rising concerns they will not be able to pay their debts. The crisis surrounding the finances of the euro bloc's weaker nations flared up this week after German officials made more noise about a potential restructuring of sovereign debt. – UK Telegraph

Dominant Social Theme: Just when things were getting better . . . back in the soup!

Free-Market Analysis: Just yesterday we wrote about a potential American double dip recession and today we review two Telegraph articles that bring the same situation closer to Europe. The first one entitled "Markets shun debt of rescued nations," points out that bond markets remain "nervous" about the ability of countries like Greece to service their debts. Indeed markets should be as it is seemingly a mathematical certainty that Greece cannot pay down its debts, especially with recent revelations that the Greek indebtedness is even worse than has been previously revealed.

This informative little article in the Telegraph gives us a glimpse into the market itself as regards the three PIGS that are in the worst trouble. "The yield on two-year Greek debt passed 25pc for the first time, while yields on 10-year debt climbed further over 15pc." What that means basically is that the price of the Treasury paper of these countries is ever cheaper compared to the rates the paper offers. The same goes for Portuguese and Irish debt.

Apparently the sell off was generated by German trial balloons over a "restructuring" of certain debt, presumably Greece's. There are only two ways to do this – cut the interest rate or extend the payment terms. Either one is a default of sorts as the entity taking the haircut is the lender.

We've also pointed out that the Eurocrats have seemingly backed themselves into a corner with their latest stance regarding elite dominant social themes. One such theme is that the EU is inviolable and that its break up will not be allowed. This is part of a larger stance that is supposed to emphasize the inevitability of the EU's eventual triumph. No matter what happens, Eurocrats want to point out to Europe's miserable masses that the EU is here to stay.

Why It's Different This Time, Part 1: Bailouts Can't Save This Fragile System

"It's A Crock Of S**t!" - Here's Why Bill Blain Is Furious This Morning

What happens when you cancel rent, mortgages, and debt?

Richard Branson 'in race to find buyer' for Virgin Atlantic

Where Are the Feds Getting All That Money?

Billionaire Branson Asks For Government Money To Save Virgin Atlantic, Claims He 'Did Not Leave