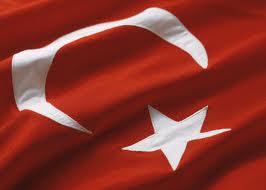 In 1918, the United States proved militarily decisive in the defeat of the Kaiser's Germany and emerged as first power on earth.

Out of the Cold War that lasted from Truman to the disintegration of the Soviet Empire and breakup of the Soviet Union at the end of Ronald Reagan's term came a lone victor: the last superpower, the United States.

Indisputably, it is China, whose 10-12 percent annual growth vaulted her past Italy, France, Britain, Germany and Japan to become the world's second largest economy and America's lone rival for first manufacturing power.

If we use a metric called "purchasing power parity," China overtakes America in 2016. Says the International Monetary Fund, the American era is over.

Strategically, too, the United States seems in retreat, nowhere more so than in that region that was the focus of George W. Bush's "global democratic revolution." And no nation reflects more the relative loss of U.S. power and influence than does Israel, whose isolation is today unprecedented.

NSA Vs. Tucker Carlson: Are We A Banana Republic?

Can the President Kill?