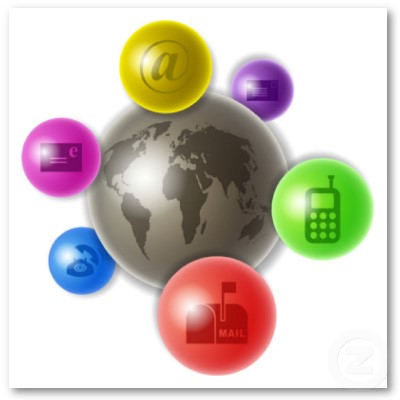 [Note: if you cannot reach the server at the link, it is because you are not participating in the Invisible Internet Project (i2p). Participation is free and helps build an Internet free of government control and corporate censorship.]

Governments of the Industrial World, you weary giants of flesh and steel, I come from Cyberspace, the new home of Mind. On behalf of the future, I ask you of the past to leave us alone. You are not welcome among us. You have no sovereignty where we gather.

We have no elected government, nor are we likely to have one, so I address you with no greater authority than that with which liberty itself always speaks. I declare the global social space we are building to be naturally independent of the tyrannies you seek to impose on us. You have no moral right to rule us nor do you possess any methods of enforcement we have true reason to fear.

Governments derive their just powers from the consent of the governed. You have neither solicited nor received ours. We did not invite you. You do not know us, nor do you know our world. Cyberspace does not lie within your borders. Do not think that you can build it, as though it were a public construction project. You cannot. It is an act of nature and it grows itself through our collective actions.

You have not engaged in our great and gathering conversation, nor did you create the wealth of our marketplaces. You do not know our culture, our ethics, or the unwritten codes that already provide our society more order than could be obtained by any of your impositions.

You claim there are problems among us that you need to solve. You use this claim as an excuse to invade our precincts. Many of these problems don't exist. Where there are real conflicts, where there are wrongs, we will identify them and address them by our means. We are forming our own Social Contract . This governance will arise according to the conditions of our world, not yours. Our world is different.

Cyberspace consists of transactions, relationships, and thought itself, arrayed like a standing wave in the web of our communications. Ours is a world that is both everywhere and nowhere, but it is not where bodies live.

We are creating a world that all may enter without privilege or prejudice accorded by race, economic power, military force, or station of birth.

We are creating a world where anyone, anywhere may express his or her beliefs, no matter how singular, without fear of being coerced into silence or conformity.

Your legal concepts of property, expression, identity, movement, and context do not apply to us. They are based on matter, There is no matter here.

Our identities have no bodies, so, unlike you, we cannot obtain order by physical coercion. We believe that from ethics, enlightened self-interest, and the commonweal, our governance will emerge . Our identities may be distributed across many of your jurisdictions. The only law that all our constituent cultures would generally recognize is the Golden Rule. We hope we will be able to build our particular solutions on that basis. But we cannot accept the solutions you are attempting to impose.

In the United States, you have today created a law, the Telecommunications Reform Act, which repudiates your own Constitution and insults the dreams of Jefferson, Washington, Mill, Madison, DeToqueville, and Brandeis. These dreams must now be born anew in us.

You are terrified of your own children, since they are natives in a world where you will always be immigrants. Because you fear them, you entrust your bureaucracies with the parental responsibilities you are too cowardly to confront yourselves. In our world, all the sentiments and expressions of humanity, from the debasing to the angelic, are parts of a seamless whole, the global conversation of bits. We cannot separate the air that chokes from the air upon which wings beat.

In China, Germany, France, Russia, Singapore, Italy and the United States, you are trying to ward off the virus of liberty by erecting guard posts at the frontiers of Cyberspace. These may keep out the contagion for a small time, but they will not work in a world that will soon be blanketed in bit-bearing media.

Your increasingly obsolete information industries would perpetuate themselves by proposing laws, in America and elsewhere, that claim to own speech itself throughout the world. These laws would declare ideas to be another industrial product, no more noble than pig iron. In our world, whatever the human mind may create can be reproduced and distributed infinitely at no cost. The global conveyance of thought no longer requires your factories to accomplish.

These increasingly hostile and colonial measures place us in the same position as those previous lovers of freedom and self-determination who had to reject the authorities of distant, uninformed powers. We must declare our virtual selves immune to your sovereignty, even as we continue to consent to your rule over our bodies. We will spread ourselves across the Planet so that no one can arrest our thoughts.

We will create a civilization of the Mind in Cyberspace. May it be more humane and fair than the world your governments have made before.

4 Comments in Response to Declaration of the Independence of Cyberspace

I hate to sound like a defeatist.  However, at this point, I don't believe it's possible.  If you create an organization, "they'll" take it out or infiltrate and discredit/corrupt it.

It's going to have to be every individual taking the action they believe will best advance their ideals.  If enough individuals have similar ideals, then that will be the direction the country takes.

As evidenced by the co-opting of the Tea Party movement because the vast majority of the population is easily fooled because of their addition to the main stream media, it'll be interesting to see how it all turns out.

If you believe you have a plan, begin it and if I believe in your plan, I'll follow you.

My plan is to pay attention and do my best to help others learn what's really going on and encourage them to do the same.

So, how do you do it... save the country, that is? Or don't you? A lot of "innocent" sheeple will be hurt, and die, simply because simply because there is no organization among the sheeple that is strong enough to resist the Empire.

Even if organization means to simply inform each other of the segments of doom as they hit, so that we can flee as they approach, that is a form of Government... albeit a very wobbly one that is probably not really worth much.

To have absolutely NO government at all simply means that you leave your family and run for your life. If you stay to fight for your family, or for a fallen friend, there is government in that. That is where government starts.

@PureTrust (#10621) To say "But... here is the big, big, BIG question: Who is going to LEAD us in this GIGANTIC effort???" implies that you need a shepherd.  Which means you may be one of the "sheeple".  With the other statements you've made about the fact that we all need to be watch dogs and inventors ourselves.  How 'bout you go first?  After all, the sheep follow the shepherd because they are coerced.  Individuals follow "leaders" because they believe that he's on the right path.

No ill will intended.  But, your remarks were contradictory.

Wonderful, eloquent words. But how do we implement them?

In America, we have become used to the luxuries. From cars to can openers... we do NOT want to give them up.

Back in 1980, just to build a single crankshaft for an automobile V-8 engine, from scratch, without using any of the tooling already set up for making crankshafts, would have cost - and did cost, in the R & D experimental ones - in the range of $100,000. That's 1 crankshaft for 1 V-8 engine.

The car companies that did this in 1980, needed to sell a lot of cars to make enough profit to build a crankshaft from scratch. Or, they needed a lot of credit with the banks to borrow enough money to do it.

Cyberspace technology is similar. Now that we have it, it seems easy. But the getting of it cost fortunes in money, time and loss of personal freedom for many folks who worked on getting it. And the R & D is still expensive.

Individuals and companies that invent and build cyberspace technology and equipment have their hands full doing their job. They are a government to themselves... if they weren't, they would never remain organized enough to get anything done.

So, where do WE fit into all this? Basic areas that I see:
1. We ALL need to become watch-dogs, watching over our national Governments, protecting the inventors and the companies, from the greedy leeches in Governments, that would try to take the inventions away from the inventors;
2. Watch-dogs over the inventors so that they do not become overly greedy and try to enslave the people using their inventions... enslave us, the ones who are protecting them;
3. We ALL need to become inventors ourselves, to make new inventions that free everybody up for inventing easier-to-make inventions of every kind, so that we all can prosper in life.

All of this takes "GOVERNMENT" of sorts... especially in this world of free thinking, where everyone seems to have his own, personal philosophy of life.

If we do NOT lay our petty differences aside, and voluntarily stand together against those of the world who would steal our freedom, we and our technology will fail. But... here is the big, big, BIG question: Who is going to LEAD us in this GIGANTIC effort???

London Attempts To DESTROY Uber By REVOKING Operating License! - What You NEED To Know