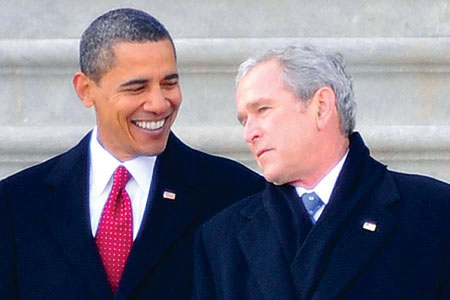 2. Denial – For those that aren't arrogant, they are in denial that somehow they are okay because they are good people. They believe that the America will recover and that the American Dream is still alive. They believe this because they either lack the ability to logically see through the lies or they believe that the people ruling them have the same morals as they do. You cannot spread freedom with war. A nation cannot enforce their will on another nation anymore than you can enforce your will upon another. There will always be blow back. Of course that is the plan of your rulers. They do not share the same values as you do. They seek to create chaos and division so that they can garner more power and profits. "You can ignore reality, but you cannot ignore the consequences of reality." ~ Ayn Rand The dollar collapse will end the ability of the average American to deny their active or passive participation in the dominance of the world by spreading debt and death. When people's entire life's savings are wiped away, they will wonder what their life has been all about. All of the missed times with their family and connections with others has been stained by the pursuit of material gains. Only when everything is taken from them, will they start to see the real importance of life. Many will not be able to come to terms with this coming reality. Those that are aware and prepared stand a great chance of making it through this paradigm shift and thrive. (Join the Sons of Liberty Academy.) 3. Narcissism – The amount of narcissism in America is epidemic. The fascination with celebrities and their clothes consumes so many women. Men are addicted to worshiping sports figures. We have this fear of competition and view others as enemies. This leads to shallow and transitory relationships. Americans consume their way into debt as they try to create an outer facade to hide a void in their vapid lives.

Normally, I am pretty much in tune with Mr. Gregson. However, I don't think he's paying attention to the "reality" of what riots might do, and why.

We have an ever-growing "militarized" state and local law enforcement cabal, throughout the U.S.

We have a superior military that is prepared (ing) to engage the civilian population. they are also willing.

Most of the population are "sheeple", unable or willing to defend much of anything.

Any real riots will be horrendous!

Shield, the author, has this perfect landing in the wrong airport!

Silver Shield based these 5 reasons -- why American riots will be the worst in the world … and I didn’t even bother to read the text, only the headings – on a WRONG premise: the collapse of the Dollar.

The Dollar is "money", the medium of exchange – and whatever form and value it represents, in the social, economic and political spectrums, is more than meets the eye.

In many instances, the Dollar is but symbolic! It does exist, but in a sense, it is not there.

For example, the Dollar is gold, but the gold it presents is not there. The Dollar may also represent the net worth, between assets and liabilities. With more than $14.0 trillion debts or liability, and still counting, there is no net worth out of the national assets to speak of, so if the Dollar represents our net worth in real money, it is not there. [A Section in my book draft on "Globalization" explains this paradigm more in details.]

And this is the most important part and the enigmatic irony of the WHOLE SYSTEM. The System may collapse for NOT just one reason but for a million of reasons, but not the Dollar which is there when it is not.

Riots may occur in the U.S., but not because of the "collapse of the Dollar." Maybe because of Obama’s next horrific blunder, or may be because of Martial Law declared after another 911, or another Rodney King in the rise of those whom police beat up, because of the color of the skin -- black, yellow or brown – in connection with the "browning" of America, or when undocumented immigrants are by law hunted like criminals and retaliation they take the law into their hand … and/or for a million more reasons, but not for the collapse of the Dollar, that’s not there in the first place.

Furthermore, when destruction, arson, injuries and deaths are involved in a riot, you cannot categorize riots as worst and the others less worst like what this author is doing.

As far as the trauma that these riots create is concerned, all of them are tragedies inside the box of the same category.

This means that for me, this Shield reading material, is not worth my time reading at all.

What is this we BS?  Speak for yourself buddy.

"It is bad enough that many will perish believing the BIG lie, but the real tragedy are those who, have, are now and will continue to do so, defending the BIG lie."