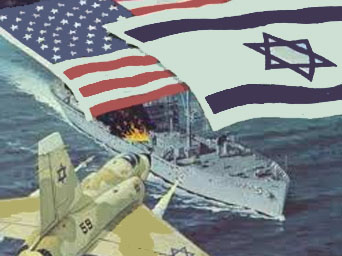 At the site, Toenjes will be holding a memorial service honoring those killed on the USS Liberty by the Israeli military.

Larry Toenjes, 74, from Clear Lake Shores, Texas, is sailing his 39-foot sailboat, the s/v Liberty, to the coordinates of the June 8, 1967 Israeli attack on the USS Liberty that killed 34 sailors and wounded another 173. 207 were killed or wounded out of the 294 on board the USS Liberty in the 90 minute attack by strafing attack planes and torpedoes.  At the site, Toenjes will be holding a memorial service honoring those killed on the USS Liberty by the Israeli military.

Toenjes and Joe and Sherrie Wagner, his 2 person crew also from Texas, set sail from Texas in July.  They have sailed over 7,000 miles and are currently in Malta.  According to Joe Meadors, the President of the USS Liberty Veterans Association (www.usslibertyveterans.org), Toenjes has Egyptian government permission to travel in Egyptian territorial waters to the site of the attack.

A waste of time and energy.

The trip is almost 35 years late. It's also a bit limp: It should have been an armada, in 1967. Where are the tears and accolades for the U.S. sailors and their commanding officer(s)? They were heroes and were "sacrificed" at the alter of political BS.

Does anyone know how much money we've given to our sworn enemies in Israel? How many mortgages or the vig on them would all that wealth pay?

At the risk of not seeming sensitive, I'm sick to death of pandering to a country that views the U.S. as a piggy bank and private security firm.