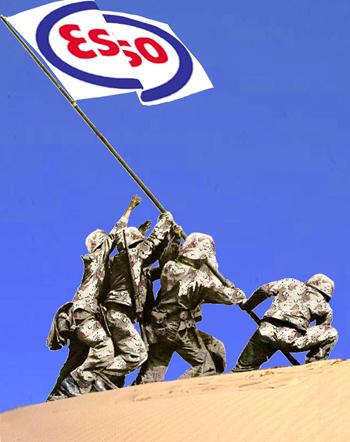 ...masky shows (so-called because of the balaclavas the agents often wear, although this time they reportedly burst in bare-faced.)
Whether the Russians intended to send a signal or not, the episode seemed to serve notice to Exxon that, when it comes to dealing with the state-run business world of Prime Minister Vladimir V. Putin, Exxon isn’t in Texas anymore.
“That incident, I’m sure, made Exxon very uncomfortable the day after they signed their deal,” Matthew Lasov, director of research at Frontier Strategy Group, a consultancy for companies operating in the developing world, said of the raid.
Exxon, though a spokesman, declined to comment.
BP, during its long involvement in Russia, has had so many police run-ins that its stock price often nudges up or down in response to raids or the arrests of employees. Russian oil and natural gas accounts for about a quarter of BP’s output — about the same portion as from the company’s fields in Alaska and the Gulf of Mexico.
Until now, Exxon’s involvement in Russia has not been as extensive as BP’s. But that could change, based on the joint venture deal Exxon signed Tuesday with the state company Rosneft to explore for oil in the Russian sector of the Arctic Ocean and in the Black Sea. Rosneft, in turn, is to gain access to Exxon operations, including oil fields in Texas and the Gulf of Mexico.

1 Comments in Response to Memo to Exxon: Business With Russia Might Involve Guns and Balaclavas

Russia and Amerika have a lot in common. :-)
This sounds a lot like FDA raw milk raids.

Will America go full Nazi? Next line to be crossed will be to deny medical treatment to the unvaxxed

Bill Gates and the End of America

Try this: Click on Antifa.com - goes to JoeBiden.com - No Kidding...

The Fatal Attraction Of Techo-Fascism

Vergennes, Vermont - The Tip of the Spear in Fight for Freedom and Self-determination.