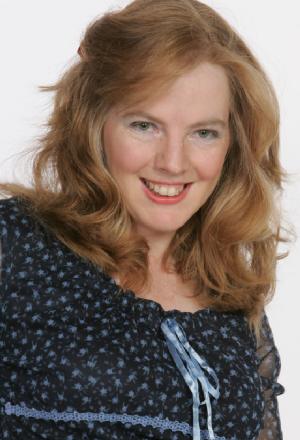 In communities across the country we’re hearing “Remember 9-11.” Open the paper, tune the radio station, or flick the channels – the same old 9-11 nonsense is being spouted.

4 Comments in Response to 9-11 Nonsense

In this country where the understanding of Democracy is skewed towards lawlessness in the name of liberty and freedom, ALL AMERICANS except this ovulating female writer and her kind … like you who think like her -- are, in this twisted thinking, TERRORISTS!

The mind that thinks that this nation’s Armed Forces – and for that matter all the world’s Armed Forces whether friend or foe -- are criminal organizations, and here in the United States you have the gall to call our men and women in uniform "terrorists" because they kill the enemy in war -- in fact needs medical attention. The degree of difficulty in seeking medical attention is that guys that think this way are free to roam the streets – and even free to write down their neurosis in freedom websites like FP.com -- when they are supposed to be in a Nuthouse.

I will explain to you why this thinking is skewed. In this Democracy, the PEOPLE are the GOVERNMENT. Know this truth like you have a SCHOOL EDUCATION, not like Larken Rose who did not have any. You are that Government. If you call this Government a "terrorist", then you call yourself a "terrorist". I will not take that away from you.

When Al Qaeda terrorists staged 911, amidst destructions and deaths, they didn’t do it to protect me. Only those in a Nuthouse would say that they did it to protect America. See how crazy is this thinking that drops the head upside down like a hanging bat in the cave?

To me it is a despicable showing of ingratitude for anyone who -- like the orgasm of this ovulating female ingrate writer -- would disgrace the memory of our soldiers calling them terrorists when they died for us by going to war to kill Saddam Hussein, to kill German soldiers and defeat Hitler and lately on this on-going war on terror, to kill Osama bin Laden.

Now don’t ask me to enlighten you why we have to drop the Nukes in Hiroshima and Nagasaki. To call that decision an act of terrorism, is not only bereft of history but also hopelessly insane! Just be satisfied that you and your children’s children – especially you -- are still alive and here today to argue your scruples with me.

bakadude - I have read other comments by you and thought that you had a good head on your shoulders. That thought went away after reading your foolish rant and probably never to return. If you are so blind to not see the use of our military in the murders of millions of others for the profit of a few then every time from now on when I see your name along with your comment, I guess I will have to go the other way. I dread the thought of war coming onto American soil, but with the actions of our own service men and women in the murders of those millions of innocents across the globe, I also welcome the day that this nation of cowards receives its just reward. Only then can the entire globe of people begin to turn the tide of these never ending wars and put the real blame on those evil people residing among us on trial. You know the ones. Those that work for the war corporations making these WMD and watching the U.S. military drop those bombs on the millions of innocents that had nothing to do with what happened on 9/11. Take the advice of another man that said, 'If we want to know who did those acts of terror on that day, then look within your own government at that government within the government and you will see all those who were responsible.'

Christine Smith is right. America's service people ARE terrorists, whether they realize it or not, because they serve a terrorist organization - the U.S. Military Industrial Complex. The Germans under Hitler believed their troops were fighting for freedom, and the previous commenter is just as deluded.

An ovulating writer …? Americans are, according to this female pen-pusher, "a mindless and conscienceless patriotic mass thinking only of themselves …" Calling our men and women in uniform the world’s most effective "terrorists" is one of the most unpatriotic remarks I heard coming from an American ingrate who shows no feeling of gratitude for our soldiers who died so that she could enjoy her freedom to write.

This female’s nonsense rant against this nation’s remembrance of the 911 infamy is published in FP.com side by side with "Female Orgasm Remains an Evolutionary Mystery" [http://www.freedomsphoenix.com/News/096193-2011-09-09-female-orgasm-remains-an-evolutionary-mystery.htm].

Either the lady is faking orgasm -- in writing her ecstasy of blowing a viper’s kiss to our U.S. Armed Forces giving it a bad name, and worse, her orgasmic libeling of our troops as "terrorists" -- or she is just ovulating. This explains why to this day female organism remains an evolutionary mystery.