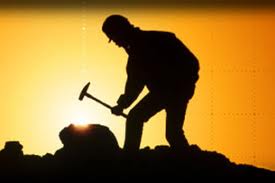 Congressman Ron Paul (R-Tex) has had a good deal to say recently about corporations and corporatism. He detailed his views most recently on several radio programs and the points he made, especially about the lack of corporate accountability, are important ones.

But corporations as a manifestation of power elite societal control are an undeniable resource, a powerful instrument. They are surely NOT a manifestation of the free market, for they have been developed judicially and would not exist within a true free market. (Murray Rothbard and others make a cogent argument that in a truly free-market, corporations would evolve anyway, but realistically speaking throughout history, especially modern history, corporations have partaken of state power at every level of their formation and operation.)

Using the current corporate configuration, those who make the decisions and benefit from them are able to hide behind the corporate veil, often obscured via state enabling from the results of their decisions and the ramifications. More than many other manifestations of the regulatory democracies in which we now live, the establishment of corporations and their privileges has buttressed the bureaucracy of law enforcement and government intrusiveness. Corporations act as a powerful shield against civil and criminal prosecution – or even the ability to determine responsibility.

As someone who believes in common law justice (the ability of injured parties to pursue judicial remedies and punishment on their own as they did for thousands of years) I am not advocating state action against those who are perceived as doing wrong. In fact, the impermeability of corporations only further encourages what I call "state justice" in which the prosecutor, judge and legislature are all paid by the taxpayer to create a kind of prison-industrial complex.

The corporate veil and the challenges it offers have given rise to this complex, for without state involvement – and even more laws – there would be little accountability.

This is often the case with mining stocks. As someone who has had experience in the mining industry, I am not exempting junior mining firms from the criticism. Over the past several years we have seen impressive gains in the purchasing power of gold. Yet mining companies, and here I am referring to those that actually produce gold, have seen relatively little price appreciation on shares when viewed on a comparative basis with the price move of gold.

FDA HIDES DOCUMENTS ABOUT WEED KILLER IN VACCINES -- NOW WHY WOULD THEY DO THAT?

Covid cases have dropped 77% in six weeks. Experts should level with the public about the good news

WHOA! Maxwell ADMITTED They're On Tape!

The Covid Scamdemic: A Blatant and Obvious Fraud - The Crow House

COVID: The predatory testing labs are complicit in the crime

Patient Grills Doctor; Off the Record