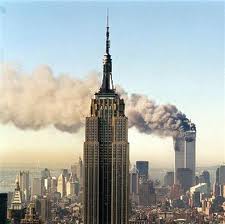 What if you had information that foreign government officials, utilizing their resources in the United States, were plotting to drag America into a ruinous war, using their connections with key American lawmakers and the media to get members of Congress and the public on board – what would you do?

Unless you’re either a traitor or a coward, you’d expose the scheme to the light of day – and you’d be a hero, at least in my book. From the perspective of the Obama administration, however, you’re a criminal – and the sentence could be severe.

In a secret trial in which not even the judge was allowed to look at the evidence, FBI translator and human rights blogger Shamai Leibowitz, an Israeli-American lawyer, was sentenced to 20 months in prison for the “crime” of exposing Israel’s extensive efforts to influence American policymakers to support a strike against Iran.

Leibowitz, hired to translate documents for US government agencies monitoring the Israeli embassy in Washington, was shocked by what he read. According to blogger Richard Silverstein, who has seen the transcripts:

“[Israeli diplomats] were talking about things that weren’t necessarily illegal, but would be shocking to American people. They target key opinion shapers and key players in society and use long-term plans to sponsor conferences, ghost-author op/ed pieces, and jawbone members of Congress. All together is this image that they really want America to go to war with Iran, or okay Israel going to war with Iran.”

They “target” opinion shapers – with what?

Sponsoring conferences is one thing – but this “targeting” business has more than a few ominous implications. Are the Israelis going after opinion shapers and “key players” who might not favor their war agenda – and, if so, in what way?

Leibowtiz handed the transcripts over to Silverstein, who wrote about them on his blog: that post has since been deleted, and I can’t find it utilizing Google cache (although it’s go to be there somewhere). Silverstein has since burned the materials given to him by Leibowitz, out of a quite justifiable fear that he’ll be prosecuted, too.

However, it isn’t hard to imagine what was in them: to call Israel’s propaganda campaign in the US aggressive would be an understatement. There are plenty of “American” organizations that act as unregistered agents of the Israeli state, and I’m not just talking about AIPAC. The Israel lobby, as John Mearsheimer and Stephen Walt have shown, is a powerful force in our politics, and this force often crosses the line that separates propaganda from espionage – the case of Steve Rosen, the former AIPAC top honcho busted [.pdf] for pilfering secret information from the Pentagon’s chief Iran analyst, Larry Franklin, is just one example. Effective propaganda requires information, preferably inside information – including highly classified secrets – which is what Rosen and his AIPAC cohorts were after.