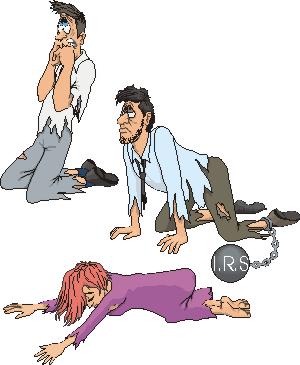 Schakowsky said that Americans don't deserve to keep all of their money because we need taxes to support our society.

“I’ll put it this way. You don’t deserve to keep all of it and it’s not a question of deserving because what government is, is those things that we decide to do together. And there are many things that we decide to do together like have our national security. Like have police and fire. What about the people that work at the National Institute of Health who are looking for a cure for cancer,” Schakowsky said.

Schakowsky also says one reason the 2009 stimulus bill did not succeed was because it was not large enough.

What Americans don't deserve is to work their fingers to the bone - assuming they can even find work, outside of Mexico, Singapore, Hong Kong, or some obscure country that the politicos covet and are willing to squander American lives and money invading and rebuilding, so there will be an infrastructure to support the eventual exploitation - and have what little money they make support the ego mania and socio/political pretenses of a small group of elitist misfits, who pretend to be patriots and "defenders of the realm", at the expense - in blood and treasure - of all Americans and much of the rest of the world.

What Americans don't deserve is to be held as indentured servants by a smarmy gang of political thugs and their robber-baron cohorts.

What Americans don't deserve is to be treated like "hired help", who are only waiting for an opportunity to steal the siverware.

What Americans don't deserve is to have their very existence and future(s) co-opted and mortaged by a group of 537 (there is a President and his "hand maiden", if you'll recall) elitist smucks, who would likely sell their children for a victory in the next "selection", if they haven't already done so.

What Americans deserves is to be represented by intelligent, competent, insightful, and honorable men an women, instead of the very least of the species.

What Americans deserve is life under equal to the contracts (Constitution and oaths of office) that they "sign" by paying taxes, voting, and supporting the general principles of American law and social order.

What Americans deserve is SOMETHING FOR THEIR MONEY! Most particularly the money that is squandered by the so-called government that produces nothing but debt, misery, death, and failed social engineering edicts, pronouncments, laws, programs, and wars.

What Americans deserve is vastly more and better than they receive.

Go up to your average friend or acquaintance and ask him or her if we should pay taxes. My experience is that most of them say that we should pay some taxes, to support the things we need from Government.

What would happen if tax payment became a truly voluntary thing? Would these same people continue to donate tax money to the IRS, etc., if all the tax schedules were, simply, donation guidelines? How long would it take for the people to find out that life was much better and more prosperous when they gave less tax donations?

Individuals take care of the impoverished people in their own area willingly. We don't need big Government to help out with welfare while siphoning off the top to support their own personal hang-ups, including the building of a one-world empire, a thing that most Americans are at least a bit leery about, anyway.

GAWD !someone w/a brain finally speaks up w/ the truth...bet shes not real popular w/most...they want to keep it all and get everything for free...

"Schakowsky, who is Jewish" - Get me wrong if you want to, but that right there should bar her from holding any political office in the US. Most likely she is holding a duel citizenship with Israel and all those that do are not holding the higher interest for this country, but for that of the evil little state called Israel.

California is Officially the Laughing Stock of America