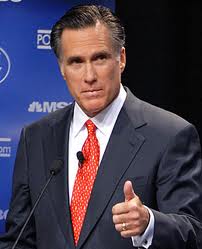 Romney has opened up a 27-point lead over his nearest rival in New Hampshire, and pundits may have to rethink predictions of a two-man GOP race between Romney and Perry.

“Mitt Romney is saying ‘get out of my back yard’ and making New Hampshire his strong firewall despite showing some weakness in the other states’ early primaries,” said David Paleologos, director of Suffolk University’s Political Research Center. “The anti-Romney candidate at this point could be either Ron Paul, who has polled consistently over the past year, or Jon Huntsman, whose numbers are really growing in the Granite State.”