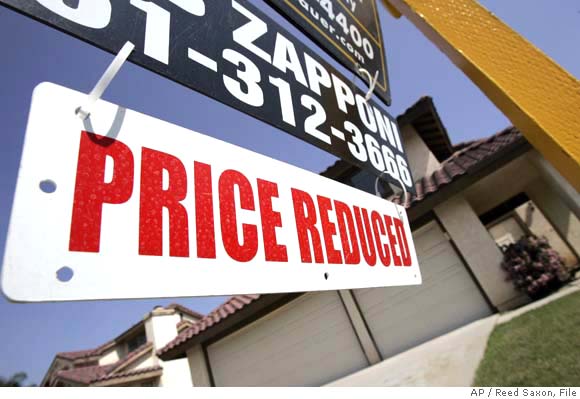 Oct. 25 (Bloomberg) -- Home prices in 20 U.S. cities dropped more than forecast in August, highlighting one of the obstacles facing the economic recovery in its third year.

The S&P/Case-Shiller index of property values in 20 cities fell 3.8 percent from August 2010, the group said today in New York. The median forecast of 30 economists surveyed by Bloomberg News was for a 3.5 percent decline.

Metropolitian areas in the United States with the least expensive sales prices for single-family homes in the first quarter of 2011, according to a National Association of Realtors study. Metropolitan areas with the most expensive sales prices for single-family homes in the first quarter of 2011, according to data from the National Association of Realtors.

Recovering the 31 percent plunge in home prices from their 2006 peak will probably be years in the making as foreclosures throw more properties on the market and sales flag. Federal Reserve policy makers like William Dudley are among those that believe bolstering housing is among the “most pressing issues” facing the central bank.