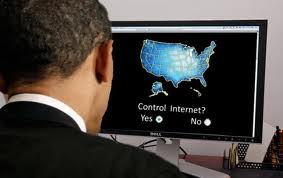 US lawmakers introduced a bill on Wednesday that would give US authorities more tools to crack down on websites accused of piracy of movies, television shows and music and the sale of counterfeit goods.

The Stop Online Piracy Act has received bipartisan support in the House of Representatives and is the House version of a bill introduced in the Senate in May known as the Theft of Intellectual Property Act or Protect IP Act.

The legislation has received the backing of Hollywood, the music industry, the Business Software Alliance, the National Association of Manufacturers, the US Chamber of Commerce and other groups.

But it has come under fire from digital rights and free speech organizations for allegedly paving the way for US law enforcement to unilaterally shut down websites, including foreign sites, without due process.

House Judiciary Committee chairman Lamar Smith, a Republican from Texas, said the bill "helps stop the flow of revenue to rogue websites and ensures that the profits from American innovations go to American innovators.

"Rogue websites that steal and sell American innovations have operated with impunity," Smith said in a statement.

"The online thieves who run these foreign websites are out of the reach of US law enforcement agencies and profit from selling pirated goods without any legal consequences," he said.