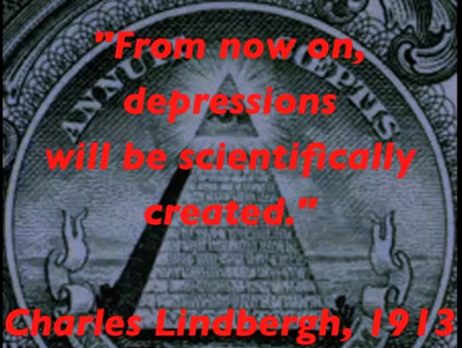 Vengeancia In law, the process of choosing a domicile within the jurisdiction of a specific government is called "animus manendi". Here's a tip. Here's another. Check out U.S. Citizens and the New World Order.

"If you will not fight for the right when you can easily win without bloodshed, if you will not fight when your victory will be sure and not so costly, you may come to the moment when you will have to fight with all the odds against you and only with a precarious chance for survival. There may be a worse case. You may have to fight when there is no chance of victory, because it is better to perish than to live as slaves." Winston Churchill

Your choice of jurisdiction makes you a consenting party to the "civil contract", "social compact", and "private law" that attaches to and therefore protects all "inhabitants" and things physically situated on or within that specific territory, venue, and jurisdiction. The private run-for-profit corporation dba the United States of America, etc., is a "jurisdiction." The other main "jurisdiction" in America is a Republic of FREE PEOPLE.

"A One World Government and one-unit monetary system, under permanent non-elected hereditary oligarchists who self-select from among their numbers in the form of a feudal system as it was in the Middle Ages. In this One World entity, population will be limited by restrictions on the number of children per family, diseases, wars, famines, until 1 billion people who are useful to the ruling class, in areas which will be strictly and clearly defined, remain as the total world population.

There will be no middle class, only rulers and the servants. All laws will be uniform under a legal system of world courts practicing the same unified code of  laws, backed up by a One World Government police force and a One World unified military to enforce laws in all former countries where no national boundaries shall exist. The system will be on the basis of a welfare state; those who are obedient and subservient to the One World Government will be rewarded with the means to live; those who are rebellious will simple be starved to death or be declared outlaws, thus a target for anyone who wishes to kill them. Privately owned firearms or weapons of any kind will be prohibited."

At M4F, we feel the problem is not so much "corporate personhood," but "people corporatehood." The solution to America's problems, and the planet's problems, is to restore lawfully the balance of power to individual people.

"And ye shall know the truth, and the truth shall make you free." John 8:32

While we support researchers and practitioners who learn how to control the "strawman," we feel it can be complicated for the average man or woman to understand. Once more people have learned how to be free & to defend and monetize our own private unalienable rights under the common law, we'll have a better chance to restore a republic of free people without resorting to collectivist political movements that can be co-opted.

Remember Neo in the Matrix? First, he took the Oracle's candy; then, he put it in his pocket for later; the third time he said, "No thanks." Research to Learn How the Matrix Operates at a Structural Level

Neo: I know you're out there. I can feel you now. I know that you're afraid... you're afraid of us. You're afraid of change. I don't know the future. I didn't come here to tell you how this is going to end. I came here to tell you how it's going to begin. I'm going to hang up this phone, and then I'm going to show these people what you don't want them to see. I'm going to show them a world without you. A world without rules and controls, without borders or boundaries. A world where anything is possible. Where we go from there is a choice I leave to you.

So, if you are unemployed or underemployed and looking for a "job," you might consider quittin' workin' for THE MAN, and instead sue police and other agents who violate your rights.

"And I heard another voice from heaven, saying, Come out of her, my people, that ye be not partakers of her sins, and that ye receive not of her plagues." Revelation 18:4

It's not that hard; learn how to say "I object," and "I don't consent." Get a little group together and go to court on one another's behalf, like this: "Freeman Smith objects and does not consent to appearing before this de facto court. Please Cease and Desist your warrant. If you continue to harass Freeman Smith, he will sue you."

Start today on A Journey to Freedom. This could pay pretty well, and is a lawful "redistribution" of income rather than through Fraud and Extortion, which is the means the Corporation uses. But even better, it enables us to develop the means for shrinking the sprawling Fed. For details, call me at 720.298.1524.

Thanks to Dog of the Moon for this awesome "song," if you can call it that. More like an exorcism. End the Fed. Quit the Federal Corporation.

"There is no such thing as a power of inherent Sovereignty in the government of the United States. In this country sovereignty resides in the People, and Congress can exercise no power which they have not, by their Constitution entrusted to it: All else is withheld." Juilliard v. Greenman, 110 U.S. 421 (1884)

Frederick Douglass said, “Find out just what the people will submit to and you’ve found out the exact amount of injustice and wrong which will be imposed upon them; and these will continue until they are resisted with either words or blows or with both. The limits of tyrants are prescribed by the endurance of those whom they oppress.”

Hospitals are paid to forward birth certificates, which are monetized. All our property, including our rights, are collateralized and hypothecated.

Barack Obama Admits All Government is by Consent

Choosing a domicile within a specific jurisdiction causes an implied waiver of sovereign immunity, because the courts admit that the term "person" does not refer to the "sovereign":

"Since in common usage, the term person does not include the sovereign, statutes not employing the phrase are ordinarily construed to exclude it." United States v. Cooper Corporation, 312 U.S. 600 (1941)

How to make and file a Fee Schedule for Protection Against Corporate Abuse
http://www.scribd.com/doc/66459977/Generic-Notice-of-Fee-Schedule-for-Colorad... In the year 1297, the phrase, "Law of the Land," was used in the Magna Carta. Perhaps the most famous clause of Magna Carta states:

"No Freeman shall be taken or imprisoned, or be disseised of his Freehold, or Liberties, or free Customs, or be outlawed, or exiled, or any other wise destroyed; nor will We not pass upon him, nor condemn him, but by lawful judgment of his Peers, or by the Law of the Land."

Your consent to a specific jurisdiction by your choice of domicile within that jurisdiction is what creates the "person", "individual", "citizen", "resident", or "inhabitant" which is the only proper subject of the civil laws passed by that govt.

In America, a man or woman who has not consented to the jurisdiction of the U.S. is recognized by our founding documents as a "people" who is "sovereign." When he or she is coerced into commerce with the U.S., the one coercing you is in dishonor and must pay for that. That is why you need to honorably give them notice of your Fee Schedule so they will not dishonor themselves. If they do, the schedule gives them a way to reinstate their honor.

If you place an artificial entity between yourself and Government - like a trust, or a Swiss Foundation - and don't directly touch Government, can you manipulate Government to your own liking without being harmed yourself?

In other words, can you pull the strings of Government without Government being able to pull back at you?

The SSN is not your SSN. It belongs to the person of the Social Security Account that has that number. Control that SS person at arms length, like you would control a corporation that you were president or CEO of, and you will not easily fall under the controls of Government.

"Neo: I know you're out there. I can feel you now. I know that you're afraid... you're afraid of us. You're afraid of change. I don't know the future. I didn't come here to tell you how this is going to end. I came here to tell you how it's going to begin. I'm going to hang up this phone, and then I'm going to show these people what you don't want them to see. I'm going to show them a world without you. A world without rules and controls, without borders or boundaries. A world where anything is possible. Where we go from there is a choice I leave to you."

Part 3: These Questions Need To Be Asked Across America

Part 2: These Questions Need To Be Asked Across America

These Questions Need To Be Asked Across America