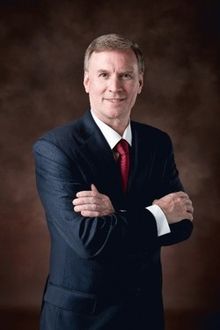 On Wednesday, November 16, 2011, Montana Republican gubernatorial candidate Bob Fanning and I held a press conference in downtown Kalispell, Montana, and announced that he and I are running for Montana Governor and Lieutenant Governor in the 2012 Montana elections. Needless to say, I am very honored to have had Bob invite me to join his campaign. In fact, he is the only candidate for governor that I believe in enough to run with.

The Montana governor's race is a crowded field. There are nine announced Republican candidates. And there will be no incumbent in next year's election. The current Democrat governor is term-limited out, and, therefore, it is an open seat. This combination makes for a very special opportunity for Bob and me. The pie is going to be sliced mighty thin, and in Montana, there is no run-off in the primaries. That means, whoever gets the most votes--no matter what the percentage--wins. It is very conceivable, therefore, that the winner will receive far less than 30% of the votes. Do you see the opportunity Bob and I have in this election?

The neocon votes are going to be split several ways, and no real constitutionalist candidate has emerged from the pack to excite anybody--until now, that is! Bob Fanning and I are going to be the team that will bring excitement and energy to this gubernatorial race! In this race, we are the champions of constitutional government, State sovereignty, and personal liberty. Can you imagine what could happen in these States United if committed constitutionalists such as Bob Fanning and myself were elected governor and lieutenant governor? Many were already saying that the Montana governor's race is going to be one of the most-watched elections of 2012.

See this report, which was written back in June.

Some are asking me why I, as the Constitution Party (CP) candidate for President in 2008, would run in a State race as a Republican. The motto of the CP is "Principle Over Politics." For example, in 2008, the Montana State Constitution Party put a Republican, Ron Paul, on their Presidential ballot. So, there is certainly precedence for a constitutionalist running as a Republican in the State of Montana. Plus, the CP does not even currently have ballot access in the State of Montana. Therefore, for Chuck Baldwin to run for State office in Montana as a Republican is most definitely the proper thing to do in 2011 and 2012. I fully anticipate that constitutionalists throughout the State of Montana--independents and those from various minor parties--will enthusiastically support the candidacies of Bob Fanning and Chuck Baldwin.

Readers should know that, as in most states, the GOP frontrunner in the Montana governor's race is an establishment neocon, a career politician, who has deep pockets from elitists who are enriched by maintaining the status quo. It is going to take at least $400,000 for us to be competitive in next June's primary elections. However, the ramifications of a Fanning-Baldwin victory in Montana would reverberate all across the United States of America. I am convinced that all it will take is for one State--ONE STATE--to draw a line in the sand against this Big-Government juggernaut that is sweeping the country, and dozens of other states would follow suit. And Montana just might be the perfect State to do it!

I know it's early, and I know the holidays are forthcoming, but I also know that if Bob and I are going to have a chance to prevail in this election, it's going to take donations and support from thousands of people. In reality, we have not even begun to really launch this campaign, but if we could raise $100,000 right out of the gate, I assure you, we will change the dynamics of this race--and maybe hundreds of races like it throughout the country.

To launch the Fanning-Baldwin campaign, we need 200 people to give $500. Or 400 people to give $250. Or 1,000 people to give $100. You get the idea. Folks, we can do this! I know that there are tens of thousands of people who read this column and who believe in the message of constitutional government that this column puts forth every week. You know me. And when I tell you that Bob Fanning and I are running for governor and lieutenant governor of the State of Montana, you know that this is a historic opportunity to turn the tables on the power elites. Will you help us?

Will you make a generous contribution to the Fanning-Baldwin campaign? And will you please tell your friends, relatives, and coworkers about our campaign?

Bob and I are committed to fighting for constitutional government, opposing Agenda 21, protecting the right to life of the unborn, preserving State sovereignty, opposing federal government land grabs, and protecting the right of states to govern themselves, which includes defending Montana's duly established medical marijuana laws. Will you help us? Again, if 200 people would donate $500 to our campaign, we will launch a campaign that could not only change the course of history for the State of Montana, it could change the course of history for the entire country!

Again, to donate or learn more about the Fanning-Baldwin campaign, click here.

And, more than anything, will you please remember to pray for us?

*If you appreciate this column and want to help me distribute these editorial opinions to an ever-growing audience, donations may now be made by credit card, check, or Money Order. Use this link.

Chuck Baldwin is a syndicated columnist, radio broadcaster, author, and pastor dedicated to preserving the historic principles upon which America was founded. He was the 2008 Presidential candidate for the Constitution Party. He and his wife, Connie, have 3 children and 8 grandchildren. Chuck and his family reside in the Flathead Valley of Montana. See Chuck's complete bio here.

This is GREAT freedom news and great freedom thinking. Why?

One of the potentially greatest destroyers of big federal government is State Governors talking together across this instantaneous communications network that we have in place today. It is like legal insider trading.

When the State Governors agree on anything, do they really need the Feds to do it?! Perhaps in the 1800s. But not in the 2000s. Federal government is down the tubes if they don't knuckle under.

Remember, in order for a Territory to become a State, the Territory must first agree to uphold the Constitution of the United States of America. The State Constitutions are simply more localized expansions of the already adopted Federal constitution. In other words, the States are already under the Federal Constitution even they don't officially have the whole thing written into their State constitution.

SO WHAT DO WE NEED A FEDERAL GOVERNMENT FOR???