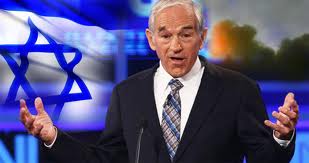 Paul was not invited to attend the RJC's candidates forum because the organization - as it has stated numerous times in the past - "rejects his misguided and extreme views," said [RJC Executive Director Matt] Brooks.

"He's just so far outside of the mainstream of the Republican party and this organization," Brooks said. Inviting Paul to attend would be "like inviting Barack Obama to speak."

Link via the Twitter feed of an approving Jamie Kirchick.

Brooks gave a more detailed critique of Ron Paul back in May:

"As Americans who are committed to a strong and vigorous foreign policy, we are deeply concerned about the prospective presidential campaign of Congressman Ron Paul. While Rep. Paul plans to run as a Republican, his views and past record place him far outside of the Republican mainstream. His candidacy, as we've seen in his past presidential campaigns, will appeal to a very narrow constituency in the U.S. electorate. Throughout his public service, Paul has espoused a dangerous isolationist vision for the U.S. and our role in the world. He has been a virulent and harsh critic of Israel during his tenure in Congress*. Most recently Paul gave an interview in which he voiced his objection to the recent killing of Osama Bin Laden.