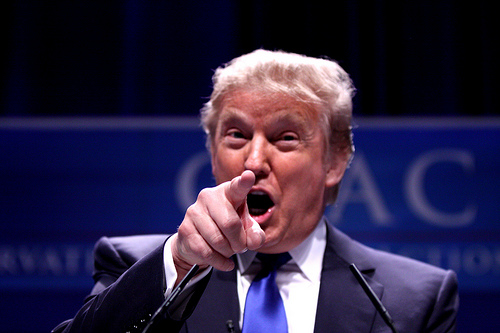 “The Ron Paul 2012 Presidential Campaign Committee rejects the selection of Donald Trump as moderator for the Republican presidential debate to be held on December 27th in Iowa.

“We have conferred with our Iowa campaign chairman Drew Ivers and vice-chairmen David Fischer and A.J. Spiker who are all RPI State Central Committee Members, and they concur with this decision.

“The selection of a reality television personality to host a presidential debate that voters nationwide will be watching is beneath the office of the Presidency and flies in the face of that office’s history and dignity.  Mr. Trump’s participation as moderator will distract from questions and answers concerning important issues such as the national economy, crushing federal government debt, the role of the federal government, foreign policy, and the like.  To be sure, Mr. Trump’s participation will contribute to an unwanted circus-like atmosphere.

“Mr. Trump’s selection is also wildly inappropriate because of his record of toying with the serious decision of whether to compete for our nation’s highest office, a decision he appeared to make frivolously.  The short-lived elevation of Mr. Trump’s stature as a candidate put him on the radar of many organizations and we recall that last spring he was invited to keynote the Republican Party of Iowa’s annual Reagan Dinner, yet at the last minute he left RPI holding the bag by canceling.  In turn, RPI canceled its biggest fundraising gala of the year and suffered embarrassment and in addition RPI was required to engage in refunding measures.  Our candidate will not even consider participating in the late-December debate until Mr. Trump publicly apologizes to Iowa party leaders and rectifies in full the situation.

“Therefore our candidate Ron Paul, the champion of the Constitution, has advised he will not attend.”