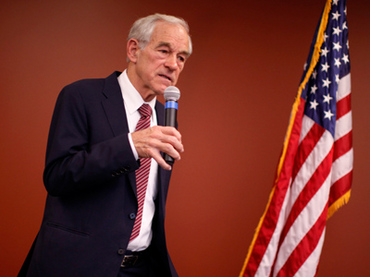 GOP candidate Ron Paul has placed second in yet another significant poll out of Iowa this week, bettering Mitt Romney and proving once again that his support base is steadily growing.

The survey indicates that Paul’s support in Iowa has risen 8 percentage points since early October. Romney, on the other hand, has dropped 6 points.

Paul is gaining support from likely caucus voters who are either Democrats or independents. With those voters the Congressman leads Gingrich 28% to 18%, with Romney at 13%.

As we highlighted earlier in the week, it is clear that should Paul manage to secure the nomination, he would clearly be the candidate most capable of winning liberal votes away from Obama, primarily owing to the Congressman’s strong objection to interventionist foreign policy.

Paul also leads Gingrich 23-20% with Iowa voters who “care most about a candidate’s stances”.