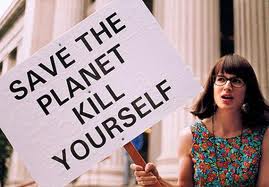 National Security Study Memorandum (NSSM 200) A.K.A. “The Kissinger Report” (released internally late December of 1974) was crafted by globalist advisor, eugenicist, former Secretary of State, and director of the National Security Council (NSC) during the Ford and Nixon era, Henry Kissinger.

This memorandum is one of many indicators that diabolic withering potbelly globalists want a major portion of the world populace dead, and are in the midst of exterminating humans incrementally, and have been for some time.

The document (declassified in 1989) reads like a horror story.

“Part One” starts off with an analytical section mentioning, world demographic trends, population problems,food supply issues and more — then ends with details about the “World Population Conference” (a group of diabolic oligarchs that decide our fate).

Item #3 in the “Executive Summary” states;

Because of the momentum of population dynamics, reductions in birth rates affect total numbers only slowly. High birth rates in the recent past have resulted in a high proportion m the youngest age groups, so that there will continue to be substantial population increases over many years even if a two-child family should become the norm in the future. Policies to reduce fertility will have their main effects on total numbers only after several decades. However, if future numbers are to be kept within reasonable bounds, it is urgent that measures to reduce fertility be started and made effective in the 1970′s and 1980′s. Moreover, programs started now to reduce birth rates will have short run advantages for developing countries in lowered demands on food, health and educational and other services and in enlarged capacity to contribute to productive investments, thus accelerating development.

The report moves proclaim that “they” (potbelly globalist oligarchs) need to stabilize the population worldwide, showing world population figures at the time of 1970 at 3.6 billion and projecting 12 billion by 2075.

It is unbelievably amazing how a hand full of sick, twisted and demented physcos can control billions.

The day and hour that you learn about the death of Kissinger, grab a metal pot and using the handle end of a screwdriver, run out of your residence banging that pot and screaming, 'Kissinger is dead, Kissinger is dead'. Join those that are ready to do this and lets make sure there are enough of us to make some news about it. Hoping it gets onto the news, just maybe those of us that want this bastard removed from the face of the earth could get others to question why we would do such a thing. Then, just maybe the rest of the world could wake up to what is going on around us today with those that are out to kill off 85% of the world's population.