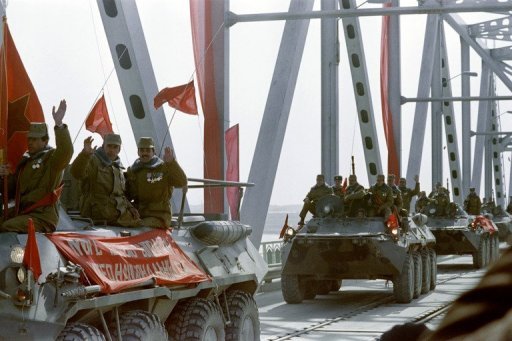 Afghanistan on Wednesday signed an oil deal with China which could earn the war-torn country $7 billion over 25 years.

Under the deal, signed in Kabul by Afghan mining minister Waheedullah Shahrani and CNPC president Lu Gong Xun, Afghanistan will take 70 percent of the net profits, and the Chinese oil giant will pay 15 percent corporation tax.

“This will have enormous benefits for Afghanistan,” Shahrani told reporters after the signing.

Energy hungry China, which is pushing into oil-rich countries to secure the resources needed to fuel the world’s second largest economy, outbid four companies for the contract.

Let's see now. If two big nations make an oil agreement, and later, one of them happens to back out, what court is there that the injured nation can take its problems to?

Oh yes. The UN. And when the UN makes its judgment, who do they have to enforce it?

Oh yes. The United States military. We will be going into Afghanistan soon, for larger war. Or else we will be fighting China. You just watch.

Build Your Own Solar-Powered Backup System