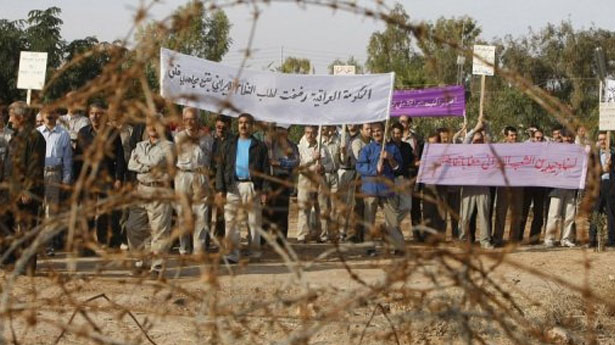 Multiple rockets over the past 24 hours hit a camp in Iraq housing Iranian exiles, officials and the group based there said on Wednesday, after Iraq and the UN signed a pact to resettle residents.

The latest strikes, the third in four days, occurred at about 8:15 pm (1715 GMT) on Wednesday, according to an official at the Iraqi security command centre in Diyala provincial capital Baquba.

“Four mortars fell on Camp Ashraf at around 8:15 pm from unknown sources,” the official said. It was not immediately clear if they caused casualties.

On Tuesday evening, at least one rocket hit the camp, the official and a spokesman for the camp said.

An ambulance was sent to the camp, home to 3,400 members of the People’s Mujahedeen, after that attack but returned carrying no victims.