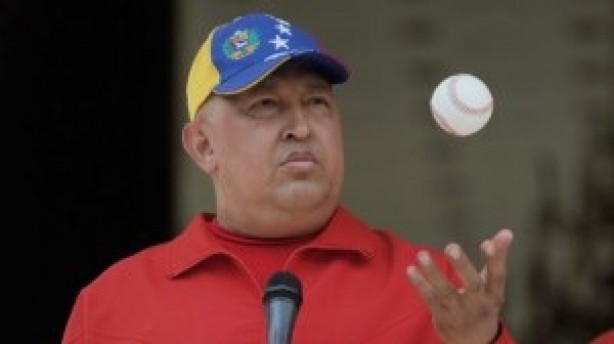 Venezuelan President Hugo Chavez speculated on Wednesday that the United States might have developed a way to give Latin American leaders cancer, after Argentina’s Cristina Fernandez joined the list of presidents diagnosed with the disease.

It was a typically controversial statement by Venezuela’s socialist leader, who underwent surgery in June to remove a tumor from his pelvis. But he stressed that he was not making any accusations, just thinking aloud.

“It would not be strange if they had developed the technology to induce cancer and nobody knew about it until now … I don’t know. I’m just reflecting,” he said in a televised speech to troops at a military base.

“But this is very, very, very strange … it’s a bit difficult to explain this, to reason it, including using the law of probabilities.”

Chavez, Fernandez, Paraguay’s Fernando Lugo, Brazil’s Dilma Rousseff and former Brazilian leader Luiz Inacio Lula da Silva have all been diagnosed recently with cancer. All of them are leftists.

1 Comments in Response to Venezuela’s Chavez: did U.S. give Latin American leaders cancer?

Marco you idiot!  I told you Chavez wouldn't be the only one to eat the fruit cake.  Destroy all operational files immediately.