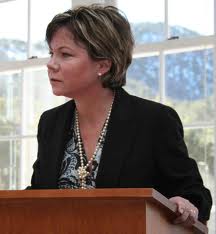 Yet, here was a woman coming into my home who was being targeted by the feds because she had the audacity to openly question the Drug War in general and the government’s war on people taking pain medications and the doctors that prescribe them. There is one thing that federal prosecutors and judges hate, and that is anyone who openly says that they are doing something that is immoral is a threat that cannot be ignored.

Our visit was short, unfortunately, because of family business, and I would have loved for this visit to have gone on for hours. But, it ultimately ended, and she and her son got back into the car and drove to her home in Ohio. I never would see her again, as she died Christmas Eve in a small plane crash near Circleville, Ohio.

Even now, it is hard to believe she is gone, and for the many people she helped and befriended, their loss is incalculable. Siobhan Reynolds was a vital person in the lives of many because she was one of the few people in this country who was willing to stand up and openly support drug-based relief for the millions of people in the United States who suffer from debilitating pain.

Federal officials, and especially those whose careers are tied directly to the Drug War and to the prosecutions of doctors that write prescriptions for pain medications, would disagree with my assertions that Reynolds was a hero, and I am sure that more than a few of them are happy that she no longer lives. (And, no, I don’t believe that the feds were responsible for the crash, as it seems to have been an error by the pilot, who crashed short of the airport runway.)