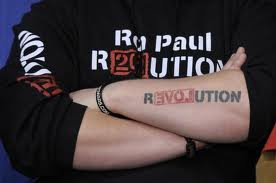 Two recent experiences underlined for me what Iowans will vote for next week in the field of foreign policy if they do not vote for Dr. Ron Paul. On Christmas day, I heard Chris Wallace’s program on FOX. He had a guest – Mr. Charles Lane – who made the false and scurrilous claim that Dr. Paul’s foreign policy was the same as that of the Rev. Jeremiah Wright’s America-hating policy, a doctrine that appealed to Barack Obama for more than twenty years and which the president and his party are now implementing. Following this imbecilic assertion of Mr. Lane to its logical conclusion, U.S. soldiers, sailors, airmen, and Marines also must be ardent devotees of Rev Wright’s anti-Americanism as they donate many times more money to Dr. Paul than to all the other Republican candidates combined.

Then on 26 December, I visited Mount Vernon’s new and extraordinary multi-media museum documenting the life of George Washington. At the end of the exhibition there is video of U.S. Senators reading Washington’s Farewell Address into the record, something they appear to do every year. When I arrived in front of the video Senator John McCain was reading Washington’s clear warnings about the dangers of foreign intervention and the fatal impact of mindlessly favoring one country over another. To hear this from McCain’s interventionist, war-mongering, and Israel-is-always-right mouth was sound evidence of his hypocrisy and deceitfulness, as well as his and his senatorial colleagues’ ignorance of Washington’s ideas and U.S. history generally.

Based on these two experiences, let us look at what Iowans not voting for Ron Paul will help to inflict on an America already terribly wounded by the Republican and Democratic interventionism in the Muslim world.

1.) A foreign policy that will complete U.S. bankruptcy. While there is a lot of talk about cutting domestic spending to bring the federal debt under control, it is obvious that neither party is willing to make substantial cuts in that area. Indeed, both are counting on drastic cuts in defense spending to help reduce the federal debt. While they may agree on and even make defense-spending cuts, any such reductions will be short-lived and then restored to much more than current levels. Obama and any Republican save Dr. Paul will continue to intervene in the Muslim world and so will motivate more Muslims to fight us. A third-grader could tell you that you cannot cut defense spending when Washington’s unrelenting interventionism is cultivating new enemies who are intent on attacking U.S. citizens and interests. If you are being attacked, our third grader would patiently explain, you have to spend whatever it takes to defend yourself. And there is no doubt that we and our vital interests are going to keep being attacked by Islamists as long as we continue to intervene in their world.