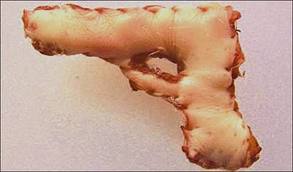 In the escalating P.C. wars waged by the secular theocracy‘s Nanny State, an elementary public school this fall ordered a ten-year-old boy to spend the rest of the semester eating lunch alone at the school’s “silence table,” with a dire warning of suspension if he dared to threaten others again. We certainly need to protect the innocent lives of children, but what serious offense could have prompted this zero-tolerance measure to protect the public safety from terrorism? Might it be the danger of brandishing a slice of pizza that “looks” like a gun? Oh No! As WorldNetDaily reports:

In the past, a gunmaker’s name on a pen and a drawing of a space weapon have been enough to bring down school officials’ wrath on students; now it’s a piece of pizza.

At an elementary school in Smyrna, Tenn., student Nicholas Taylor, 10, has been ordered to spend lunches for the rest of the semester at the lunchroom’s “silent table” because he allegedly picked up a piece of pizza and waved it around like a gun.

According to a WKRN television report, school officials say Taylor “threatened” other students “with a piece of pizza with bites out of it so it looked like a gun.”

The station said his mother, LeAnn Taylor, described the punishment as “absolutely ridiculous” and said her son never said anything derogatory or anything about shooting.

“The kid across the table from him said it looked like a gun so he picked it up and started shooting it in the air,” she said, according the television report.

“It’ is no measure of health to be well adjusted to a profoundly sick society”.

Will this insanity ever stop? Even these news people talk about this madness so casual. God help us all. This is the Twilight Zone on Steroids to the tenth power for sure.  Maybe by next year these issues will implement the death penalty opposed to isolation.