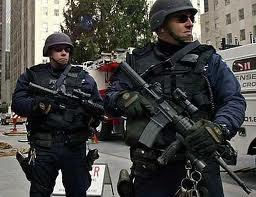 It’s been a year of populist uprisings, economic downturns, political assassinations, and one scandal after another. Gold prices soared, while the dollar plummeted. The Arab Spring triggered worldwide protests, including the Occupy Wall Street protests here in America. Nature unleashed her forces with a massive earthquake and tsunami in Japan, flooding in Thailand and Pakistan, a severe drought in East Africa, and a famine in Somalia. With an unemployment rate hovering around 9.5%, more than 4 million Americans passed the one-year mark for being out of a job. After a death toll that included more than 4,500 American troops and at least 60,000 Iraqis, the U.S. military officially ended its war in Iraq. At the conclusion of their respective media circus trials, Casey Anthony went free while Conrad Murray went to jail. And Will and Kate tied the knot, while Demi and Ashton broke ties. All in all, it’s been a mixed bag of a year, but on the civil liberties front, things were particularly grim.

Welcome to the new total security state. The U.S. government now has at its disposal a technological arsenal so sophisticated and invasive as to render any constitutional protections null and void. And these technologies are being used by the government to invade the privacy of the American people. Several years ago, government officials acknowledged that the nefarious intelligence gathering entity known as the National Security Agency (NSA) had exceeded its legal authority by eavesdropping on Americans' private email messages and phone calls. However, these reports barely scratch the surface of what we are coming to recognize as a "security/industrial complex"—a marriage of government, military and corporate interests aimed at keeping Americans under constant surveillance. The increasingly complex security needs of our massive federal government, especially in the areas of defense, surveillance and data management, have been met within the corporate sector, which has shown itself to be a powerful ally that both depends on and feeds the growth of governmental bureaucracy.

GPS tracking and secret spying on Americans. Technology, having outstripped our ability as humans to control it, has become our Frankenstein's monster. Delighted with technology's conveniences, its ability to make our lives easier by performing an endless array of tasks faster and more efficiently, we have given it free rein in our lives, with little thought to the legal or moral ramifications of allowing surveillance technology, especially, to uncover nearly every intimate detail of our lives. Consider how enthusiastically we welcomed Global Positioning System (GPS) devices, which use orbiting satellites to produce accurate and continuous records of their position and of any person or object carrying the devices, into our lives. We’ve installed this satellite-based technology in everything from our phones to our cars to our pets. Yet by ensuring that we never get lost, never lose our loved ones and never lose our wireless signals, we have also made it possible for the government to never lose sight of us, as well. Indeed, as a case before the U.S. Supreme Court makes clear, the government is taking full advantage of this technology to keep tabs on American citizens, and in the process, is not only violating the Fourth Amendment's prohibition against unreasonable searches and seizures but is putting an end, once and for all, to any expectation of privacy in public places. Senator Ron Wyden and Rep. Jason Chaffetz have introduced a bill that would require police to obtain a warrant and prove probable cause before tracking someone via GPS. Senators Franken and Blumenthal have also sponsored legislation to “require companies to get a user’s consent before sharing cell phone location information.”