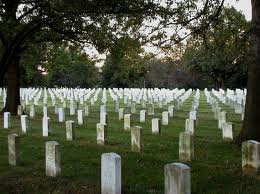 To most Americans of the classes which consider themselves significant the war [World War I] brought a sense of the sanctity of the State which, if they had had time to think about it, would have seemed a sudden and surprising alteration in their habits of thought. In times of peace, we usually ignore the State in favour of partisan political controversies, or personal struggles for office, or the pursuit of party policies. It is the Government rather than the State with which the politically minded are concerned. The State is reduced to a shadowy emblem which comes to consciousness only on occasions of patriotic holiday.

Government is obviously composed of common and unsanctified men, and is thus a legitimate object of criticism and even contempt. If your own party is in power, things may be assumed to be moving safely enough; but if the opposition is in, then clearly all safety and honor have fled the State. Yet you do not put it to yourself in quite that way. What you think is only that there are rascals to be turned out of a very practical machinery of offices and functions which you take for granted. When we say that Americans are lawless, we usually mean that they are less conscious than other peoples of the august majesty of the institution of the State as it stands behind the objective government of men and laws which we see. In a republic the men who hold office are indistinguishable from the mass. Very few of them possess the slightest personal dignity with which they could endow their political role; even if they ever thought of such a thing. And they have no class distinction to give them glamour. In a republic the Government is obeyed grumblingly, because it has no bedazzlements or sanctities to gild it. If you are a good old-fashioned democrat, you rejoice at this fact, you glory in the plainness of a system where every citizen has become a king. If you are more sophisticated you bemoan the passing of dignity and honor from affairs of State. But in practice, the democrat does not in the least treat his elected citizen with the respect due to a king, nor does the sophisticated citizen pay tribute to the dignity even when he finds it. The republican State has almost no trappings to appeal to the common man's emotions. What it has are of military origin, and in an unmilitary era such as we have passed through since the Civil War, even military trappings have been scarcely seen. In such an era the sense of the State almost fades out of the consciousness of men.

With the shock of war, however, the State comes into its own again. The Government, with no mandate from the people, without consultation of the people, conducts all the negotiations, the backing and filling, the menaces and explanations, which slowly bring it into collision with some other Government, and gently and irresistibly slides the country into war. For the benefit of proud and haughty citizens, it is fortified with a list of the intolerable insults which have been hurled toward us by the other nations; for the benefit of the liberal and beneficent, it has a convincing set of moral purposes which our going to war will achieve; for the ambitious and aggressive classes, it can gently whisper of a bigger role in the destiny of the world. The result is that, even in those countries where the business of declaring war is theoretically in the hands of representatives of the people, no legislature has ever been known to decline the request of an Executive, which has conducted all foreign affairs in utter privacy and irresponsibility, that it order the nation into battle. Good democrats are wont to feel the crucial difference between a State in which the popular Parliament or Congress declares war, and the State in which an absolute monarch or ruling class declares war. But, put to the stern pragmatic test, the difference is not striking. In the freest of republics as well as in the most tyrannical of empires, all foreign policy, the diplomatic negotiations which produce or forestall war, are equally the private property of the Executive part of the Government, and are equally exposed to no check whatever from popular bodies, or the people voting as a mass themselves.

The moment war is declared, however, the mass of the people, through some spiritual alchemy, become convinced that they have willed and executed the deed themselves. They then, with the exception of a few malcontents, proceed to allow themselves to be regimented, coerced, deranged in all the environments of their lives, and turned into a solid manufactory of destruction toward whatever other people may have, in the appointed scheme of things, come within the range of the Government's disapprobation. The citizen throws off his contempt and indifference to Government, identifies himself with its purposes, revives all his military memories and symbols, and the State once more walks, an august presence, through the imaginations of men. Patriotism becomes the dominant feeling, and produces immediately that intense and hopeless confusion between the relations which the individual bears and should bear toward the society of which he is a part.