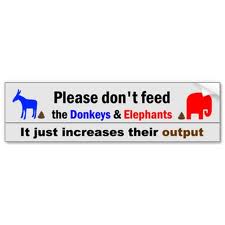 Dick Morris accuses Ron Paul of being far left. This Fox News analyst and Republican strategist claims that Congressman Paul stakes out a position to the left of Obama. He states: "Ron Paul remains terrifying. He is really the ultimate liberal in the race. He wants to legalize drugs, repeal the Patriot Act, slash our military spending, pull out of Afghanistan... On these issues, he’s way, way to the left of Obama. What makes him a conservative is hard to tell. But, whatever he is, he would be a disaster as the Republican candidate."

On the other hand the New York Times maintains that Dr. Paul is far right, in bed with neo Nazis, white racists and others of this ilk. This article links the Congressman now representing the 14th district of Texas, specifically, with "The American Free Press, which markets books like ‘The Invention of the Jewish People’ and ‘March of the Titans: A History of the White Race,’" with "Don Black, director of the white nationalist Web site Stormfront," with "Far-right groups like the Militia of Montana," with "white supremacists, survivalists and anti-Zionists," with "the nether region of American politics," with "the John Birch Society," with "David Duke, the founder of the National Association for the Advancement of White People," and with "holocaust denier Willis A. Carto."

So which is it? Is the highly respected (in neo-con circles) Dick Morris to be believed, in which case Dr. Paul is an extreme leftie, practically a commie? Nor is he the only one to make this charge. In the view of the Washington Post, Ron Paul has "the foreign policy views of Jeremiah Wright." Or should we take seriously the New York Times (purveyor of the filth that its journalist Walter Duranty peddled to the effect that the U.S.S.R. was not engaged in mass murder during the 1920s; on this see here, here, here, here, here, here, here, here, here, here and here) according to which this gentle man is a far rightie, practically a fascist? It is important that we be clear on the question of whether Ron Paul is an extreme right or left-winger, since the mainstream media seem fixated on one or the other of these accusations. Sometimes, both. As the Times also avers, he occupies "the nether region of American politics, where the far right and the far left sometimes converge."

I agree with the thrust of this article.

I would add that the arbitrary labels "left" and "right" associated with the two major parties are misleading, as is indicated by the slight difference in rankings for the left and the R.E.  For both left and "right", economics, civil liberties and foreign policy get bad marks.  Hence, giving diametrically opposite labels to entities that are only slightly different is the point of departure from fact or reality.

Anybody who even tries to stick close to the Constitution is bound to run afoul of pundits on both sides, as has happened with Paul.  I am not as optimistic as Block is on this.  He seems to think the public in general will see through this if only Paul can gain the nomination, opposed only by the RE.  But I think the ruse of this "beauty contest" - the beauty contest that says Ron Paul is much less "pretty" than the other candidates - may work.

It may work in the nomination process, and it may also work during the general election.

I'm not that sure that the private citizen supporters of either party are that different from the party itself.  Not yet.  Not different enough to see through the ruse.