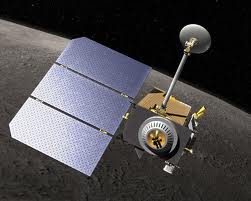 Scientists from Arizona State University are proposing that closely examining high resolution photographs of the moon, retrieved by the Lunar Reconnaissance Orbiter (LRO), may reveal "incontrovertible signatures of non-human technology." They argue that such a project is worthwhile and could be accomplished with a small budget.

ASU's Dr. Paul Davies and undergraduate student, Robert Wagner, submitted their paper, "Searching for alien artifacts on the moon", to Acta Astronautica, the official journal of the International Academy of Astronautics. In the abstract they state that the Search for Extraterrestrial Intelligence (SETI) has a low probability of success, and should broaden their search from simply listening for extraterrestrial radio signals. They say, "Alien civilizations may have sent probes to our region of the galaxy."

To hunt for these tell-tale signs of alien visitation, they suggest that a project be set up to carefully scrutinize the high resolution pictures being captured by the LRO. In order to save money, they suggest the job could be outsourced to the general public, similar to the SETI@home and Galaxy Zoo projects. In other words, once the pictures are released to the public, citizens could report anomalies to scientists for examination. According to the Guardian, the LRO has already taken over 340,000 images and is expected to have taken one million by the time it is finished.