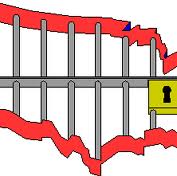 I never thought I would have to write this: but—incredibly—Congress has now passed the National Defense Appropriations Act, with Amendment 1031, which allows for the military detention of American citizens. The amendment is so loosely worded that any American citizen could be held without due process. The language of this bill can be read to assure Americans that they can challenge their detention — but most people do not realize what this means: at Guantanamo and in other military prisons, one’s lawyer’s calls are monitored, witnesses for one’s defense are not allowed to testify, and one can be forced into nudity and isolation. Incredibly, ninety-three Senators voted to support this bill and now most of Congress: a roster of names that will live in infamy in the history of our nation, and never be expunged from the dark column of the history books.

They may have supported this bill because—although it’s hard to believe—they think the military will only arrest active members of Al Qaida; or maybe, less naively, they believe that ‘at most’, low-level dissenting figures, activists, or troublesome protesters might be subjected to military arrest. But they are forgetting something critical: history shows that those who signed this bill will soon be subject to arrest themselves.

Our leaders appear to be supporting this bill thinking that they will always be what they are now, in the fading light of a once-great democracy — those civilian leaders who safely and securely sit in freedom and DIRECT the military. In inhabiting this bubble, which their own actions are about to destroy, they are cocooned by an arrogance of power, placing their own security in jeopardy by their own hands, and ignoring history and its inevitable laws. The moment this bill becomes law, though Congress is accustomed, in a weak democracy, to being the ones who direct and control the military, the power roles will reverse: Congress will no longer be directing and in charge of the military: rather, the military will be directing and in charge of individual Congressional leaders, as well as in charge of everyone else — as any Parliamentarian in any society who handed this power over to the military can attest.

Perhaps Congress assumes that it will always only be ‘they’ who are targeted for arrest and military detention: but sadly, Parliamentary leaders are the first to face pressure, threats, arrest and even violence when the military obtains to power to make civilian arrests and hold civilians in military facilities without due process. There is no exception to this rule. Just as I traveled the country four years ago warning against the introduction of torture and secret prisons – and confidently offering a hundred thousand dollar reward to anyone who could name a nation that allowed torture of the ‘other’ that did not eventually turn this abuse on its own citizens — (confident because I knew there was no such place) — so today I warn that one cannot name a nation that gave the military the power to make civilian arrests and hold citizens in military detention, that did not almost at once turn that power almost against members of that nation’s own political ruling class. This makes sense — the obverse sense of a democracy, in which power protects you; political power endangers you in a militarized police state: the more powerful a political leader is, the more can be gained in a militarized police state by pressuring, threatening or even arresting him or her.

Mussolini, who created the modern template for